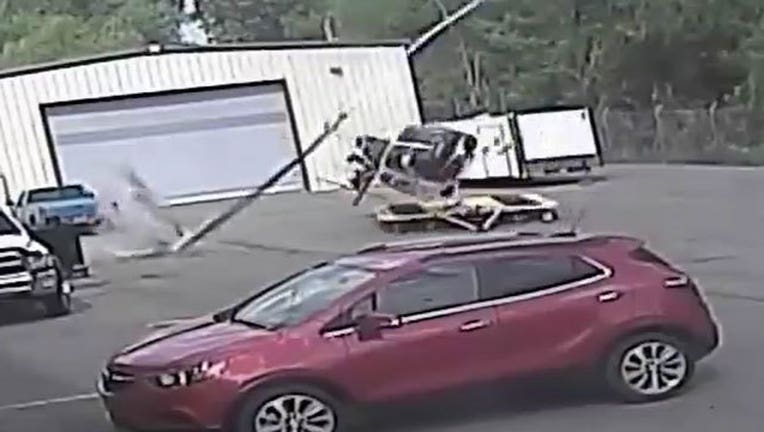 LITTLE ROCK, Ark. (AP) - Authorities have released video showing the crash of a police helicopter in Arkansas that left one person injured.

The video posted Tuesday on the Little Rock Police Department's Facebook page shows the Bell TH-67 on a platform at a police training facility with its rotors turning. The chopper and the platform start to move as the helicopter pitches and fails to gain altitude.

A man then comes out of a building, seeming to signal the pilot to land, as the helicopter's skid catches the edge of the platform and the craft rolls. The rotor touched the ground and broke apart.

Retired officer William Denio was injured in the Aug. 16 crash.

Police had said a straight-line wind forced the chopper off the platform.