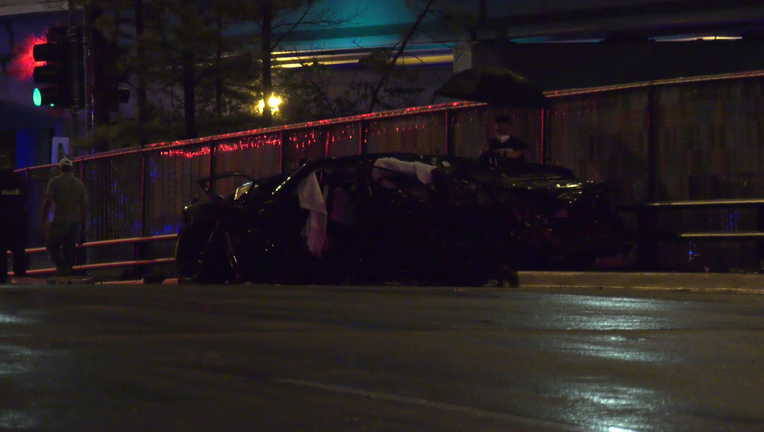 HOUSTON - One person was killed after a vehicle flew off a Houston overpass early Saturday morning.

According to Houston Police, emergency crews responded to reports of a car that came off an overpass in the 1900 block of Pierce St. around 2:30 a.m.

A Houston Police Department officer was in the area and spotted the vehicle on fire.

The officer was able to pull the driver, who was said to be in his mid-20s, out of the vehicle and started CPR. The driver was taken to the hospital by ambulance and was in critical condition. 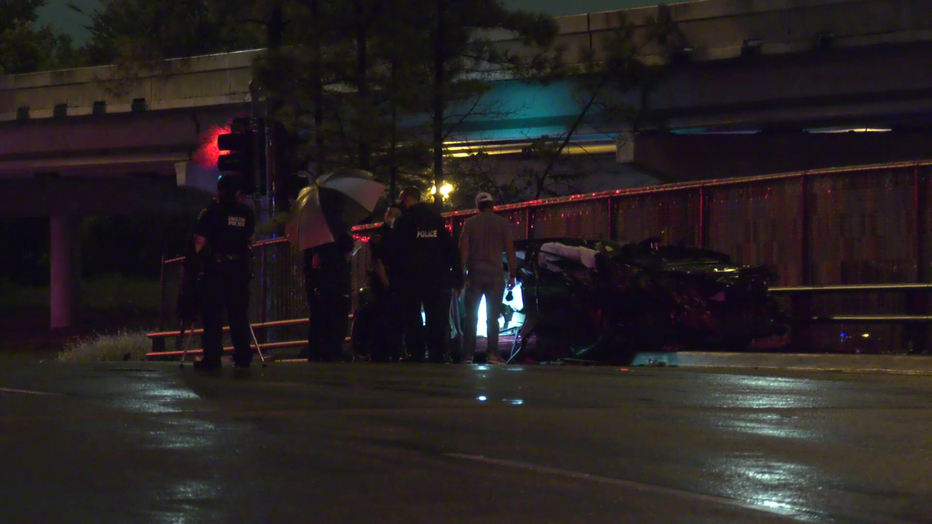 A passenger in the vehicle, who was said to be around the same age as the driver, was pronounced dead at the scene.

Police said they received a report that a 2020 Dodge Charger was traveling at a high rate of speed on I-45 north and took the exit towards State Highway 288 South.

That’s when, police said the vehicle flew off the overpass hitting a tree, then guidelines before hitting the ground, which was over 100 feet down, rolling several times before coming to a stop. 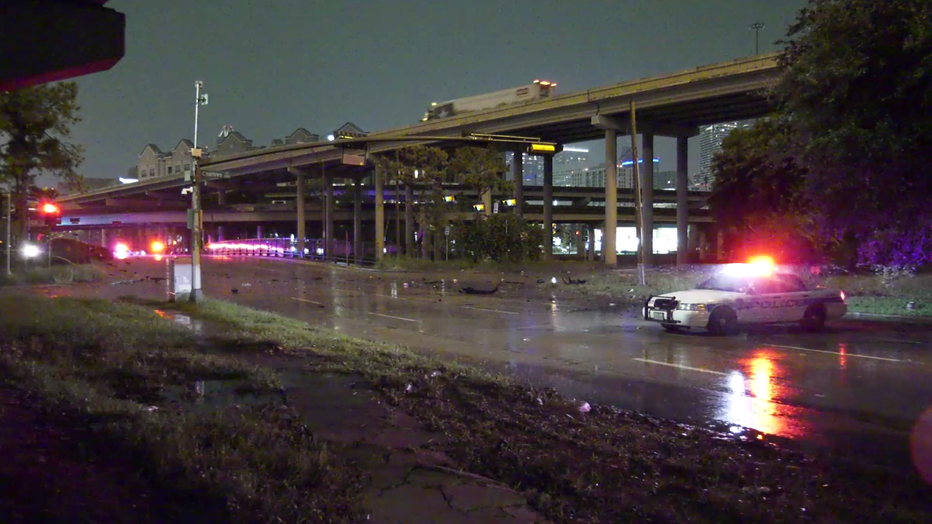 Authorities said they were notified by the hospital that the driver was well over the legal limit and was intoxicated. 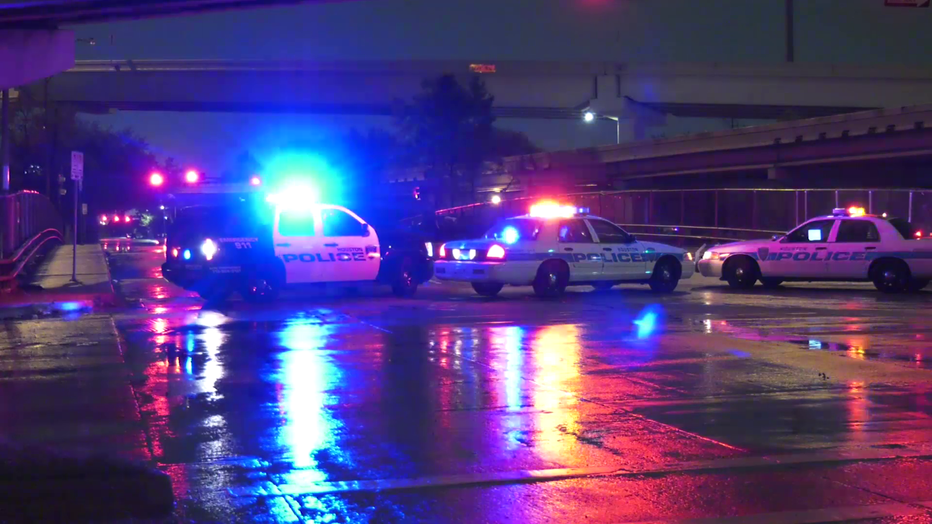 Police said if the driver survives his injuries, he will be facing intoxicated manslaughter charges.

Police said two other vehicles also made their way past the barriers blocking traffic on State Highway 288 South with one crashing into the barriers. Authorities stated that one of the drivers may be a DWI, while the other driver might be going to jail as well.

“It’s just another example of how dangerous these roads are every single night. This crash happened about 2:30, that’s when it really gets bad and we see it again. Every day is a new day,” said Sean Teare, Chief of the Harris County District Attorney’s Office Vehicular Crimes Division.