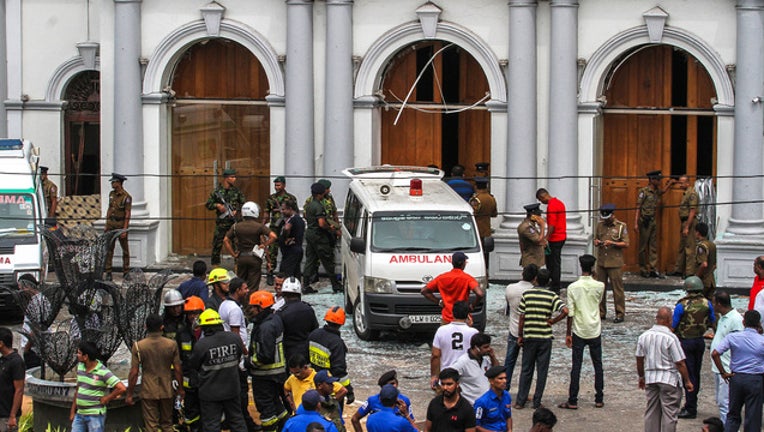 COLOMBO, Sri Lanka (AP) - A van parked near a Sri Lankan church that was bombed on Easter Sunday has exploded, but no injuries have been reported.

Police went to inspect the van Monday after people reported it had been parked near St. Anthony's Shrine since Sunday.

They discovered three bombs that they tried to defuse. Instead, the bombs detonated, sending pedestrians fleeing in panic.

A series of bombings Sunday killed at least 290 people, including at least 27 foreigners. About 500 others were wounded in the blasts.

Officials said 24 suspects are in custody for questioning