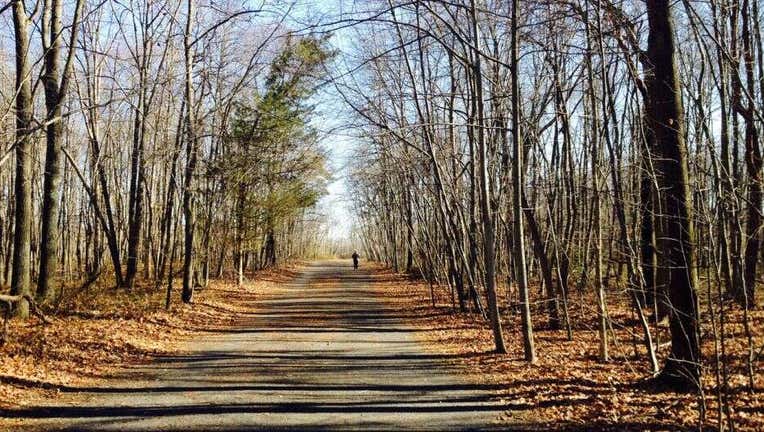 A trail at the Manasquan Reservoir, Howell, N.J. It is part of of the Monmouth County Park System. (FOX 5 NY file)

NEW JERSEY - New Jersey state officials opened parks but kept the bathrooms closed and that has created a new problem.

On Monday afternoon, the head of the state police reported an "inordinate amount" of urine and feces were being left behind on the ground and in bottles in state parks over the holiday weekend.

Col. Patrick Callahan said, "There is a zero-tolerance policy for that.  The whole idea behind the parks is to give our citizens the ability to go out there and enjoy fresh air and have time outside."

He called the reports disheartening and hinted that parks could be closed again if the trend continues.

Governor Phil Murphy also warned that no warnings would be issued and anyone caught leaving human waste behind would be ticketed and fined.

County and state parks were reopened on Saturday, May 2, 2020, after being closed for nearly a month due to fears that visitors could spread the coronavirus.

>12,000 pounds of trash left behind on Florida beach

Three state parks were closed by noon on Sunday due to crowding.  The number of people allowed in the parks is being limited to help with social distancing.

As New York and New Jersey residents look to the lessening of restrictions, social distancing is becoming even more critical to public safety. Now law enforcement is dealing with the challenge as they try to apply the rules with an even-handed approach.