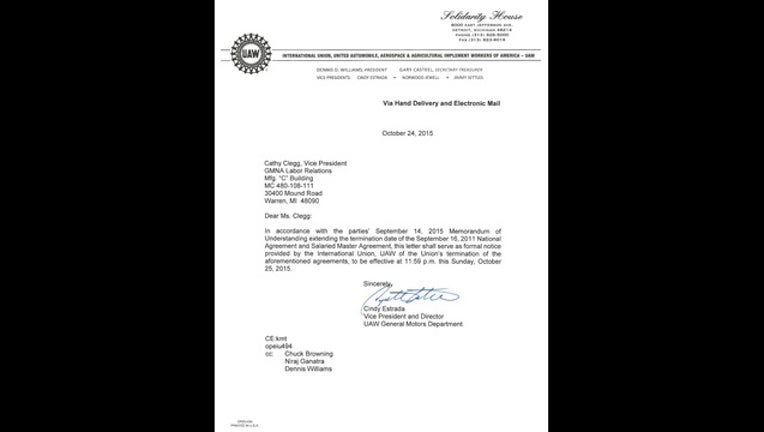 DETROIT (AP) — The United Auto Workers union says its workers at General Motors will strike if it can't agree on a new contract with the company by 11:59 p.m. Sunday.

Both sides are still negotiating. The union made a similar threat in recent discussions with Fiat Chrysler before agreeing to a new four-year contract.

GM said Saturday it is working with the UAW and remains committed to reaching "an agreement that is good for employees and the business."

The UAW has already reached a contract agreement with Fiat Chrysler.

UAW President Dennis Williams said after that deal that General Motors Co. and Ford Motor Co. make more money and should be able to pay more. That conflicts with company goals of cutting labor costs, bringing them closer to foreign automakers with U.S. factories.