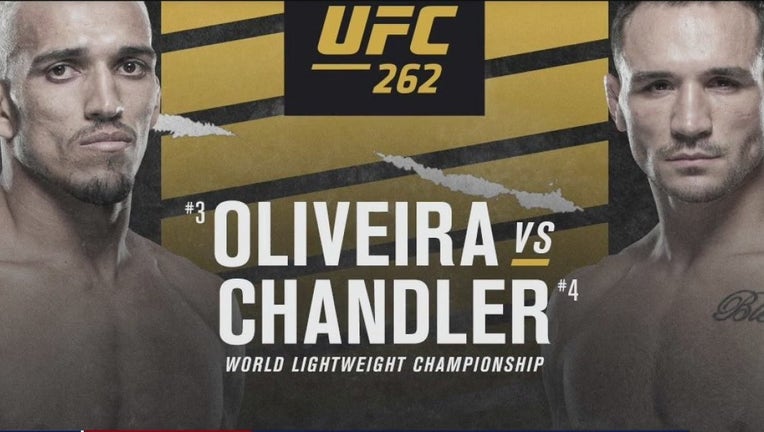 "I’m expecting this arena to be full," said UFC fan Brian Grimsinger. "[People] coming from all over the United States, all over the world."

The highly anticipated event has been sold-out for weeks. According to organizers, all of the roughly 17,000 tickets were purchased in just minutes.

The fight will be the first professional sporting event to return to 100 percent capacity in Houston, since the COVID-19 pandemic started.

According to Doug Hall, the General Manager for the Toyota Center, this will be the venue’s first sellout in roughly 15 months.

"If you’re not expecting to come to full capacity, you should probably put your ticket on a secondary market, because it will be rocking in here," said Hall. "It will be fun, if you don’t feel safe, stay home."

Right now, Harris County remains in "Alert Level 1". According to the county’s website, this is the highest threat level possible for COVID-19, calling for people to "avoid leaving home except for the most essential needs like going to the grocery store for food or medicine."

"They take their protocols seriously," said Hall. "We’re not making light of them.  When the Governor said we could go back to full capacity, we understood that as well. There’s no mandate to buy tickets to UFC.  From the time we went on sale, the expectation was, it would be full capacity. Our staff will be wearing masks, because that’s our policy, but we won’t mandate it for fans. That will be their choice."

"We should be on alert, but the same time, not live in fear," said UFC fan Corey Pollard.

"You pick what you do," said Herrera. "You can pick to go out, or watch the fight and stay home. I pick to go out and be out there."

The fight is scheduled for Saturday at 9 p.m.  All fans in attendance will need to take a COVID symptom and exposure survey to enter. Ticketed fans have been emailed the link.