An Uber passenger is in stable condition after the truck he was in was shot several times.

HOUSTON - Police are investigating after someone fired several shots at a pickup truck on a Houston freeway and injured an Uber passenger in the vehicle.

Police and HFD responded to the 100 block of Cavalcade around 10:10 p.m. Tuesday.

HFD treated a man who had been shot in the shoulder. He was taken to the hospital in stable condition.

The Uber driver reported he was traveling on I-610 to I-45 when someone began shooting from behind his truck. 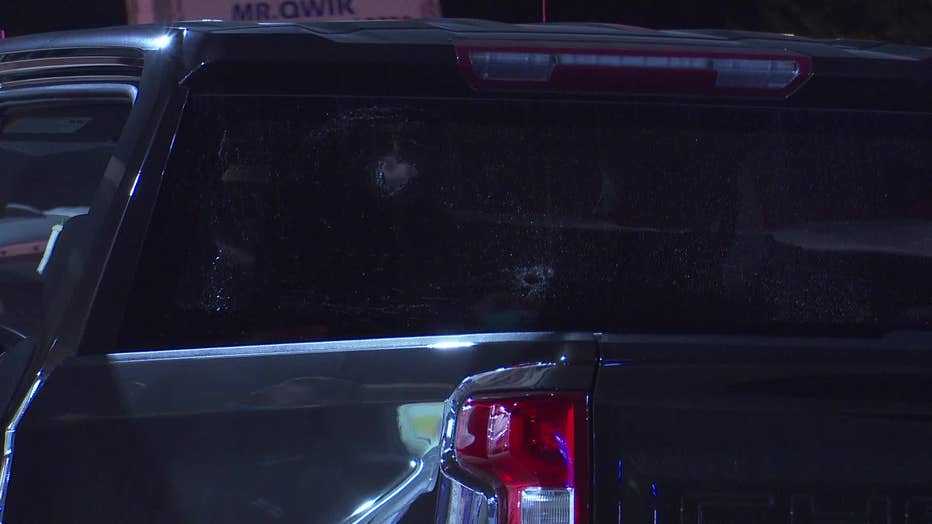 Houston police investigate after a man was shot in a pickup truck.

Several bullet holes were visible in the tailgate, the back window and the driver's headrest.