Landry’s route from San Marcos was being backtracked and detectives were also interviewing those who last saw Landry.

LULING, Texas - Moving the investigation into the disappearance of 21-year-old Jason Landry forward required going back to the beginning. It was a combined effort involving a ground search by members of TEXSAR and Texas EquuSearch and an aerial search by drone expert Gene Robinson.

"Today is grid day we’ve got a group of ATV’ers out here and we’re looking at all the access possibilities first," said Robinson.

This is the beginning of the second week of searching for Jason Landry. In a remote area northeast of Luling, the wrecked car of the Texas State sophomore was found during the early morning hours of December 14th.

A week of no answers from previous search teams didn’t discourage Robinson. "No, we don’t think the trail is cold at all," said Robinson.

Nearly a week after his disappearance, search for missing Texas State student continues

Assisted by Texas Search and Rescue, deputies with Caldwell County Sheriff’s Office combed through a rural area of the county near Luling looking for 21-year-old Texas State student Jason Landry.

The Caldwell County Sheriff’s Office took over the investigation Friday.

Last week was filled with false hope, which had detectives branching out from the crash scene on Monday. Access to Landry‘s vehicle was restricted, indicating it’s being re-examined.

Landry’s route from San Marcos was being backtracked and detectives were also interviewing those who last saw Landry. When FOX 7 last spoke to his father, Kent Landry said the renewed effort has renewed hope their hope an answer will come soon. "I pray for a miracle," said  Landry.

If it’s not the answer they want, getting through it he said would require "God’s help." 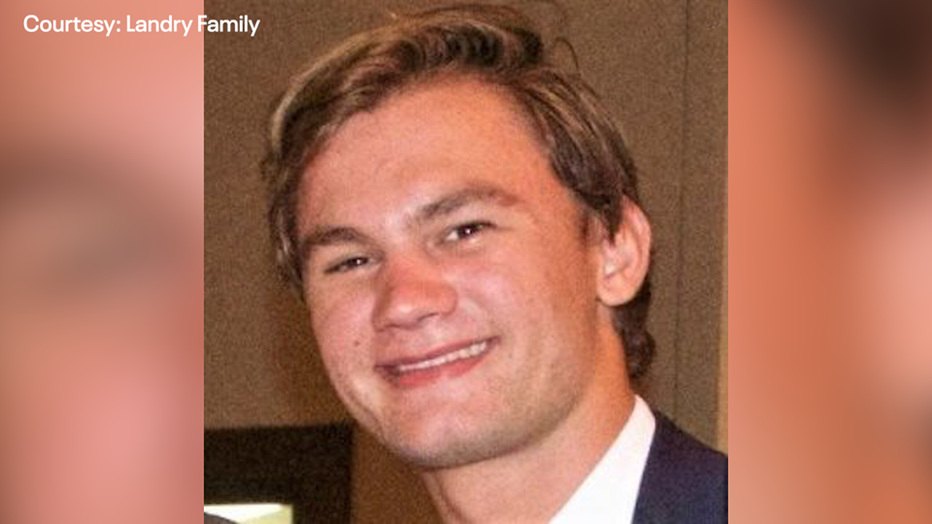 The quickest answer may be provided by the technology being used by Robinson. He has a special tracking program that analyzes video from the drones. That includes infrared imaging which Robinson demonstrate to FOX 7 a few years ago. It’s able to identify ground that has been disturbed and heat signatures from bodies.

"As a matter of fact, we are doing research with Texas State University where he was going to school that has shown us that yes we can do some detection with FLIR, up to three weeks after the time so I don’t feel this is gone cold at all," said Robinson.

The aerial mapping failed to turn up anything Monday. A larger ground search is expected to take place Tuesday.