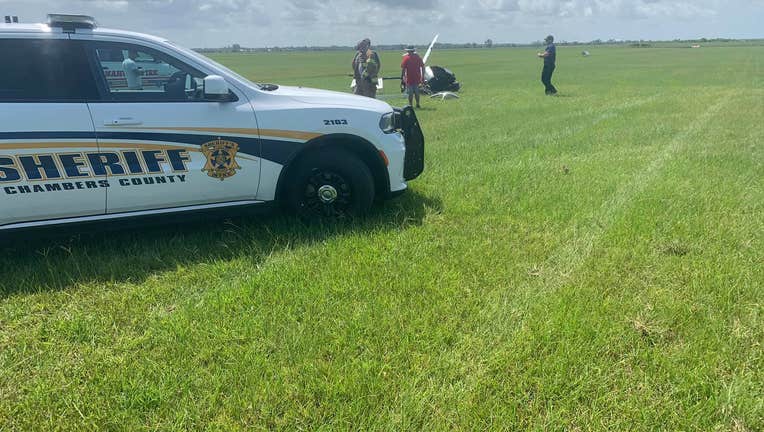 Details are limited as it's an active scene, but Fire, EMS, and law enforcement officers arrived at out at the Anahuac Airport. Currently, it's unclear what caused it to crash.

However, deputies with the Chambers Co. Sheriff's Office say two occupants were reported as only having minor injuries.

The public is encouraged to avoid the area.