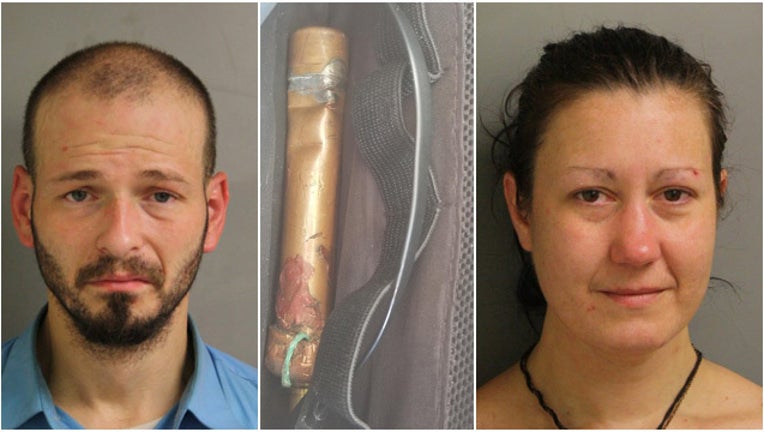 HOUSTON (FOX 26) - What started a routine traffic stop in west Houston ended with the discovery of a pipe bomb and the arrest of two people.

The Houston Police Department Bomb Squad has confiscated the pipe bomb, which appeared to contain gunpowder.