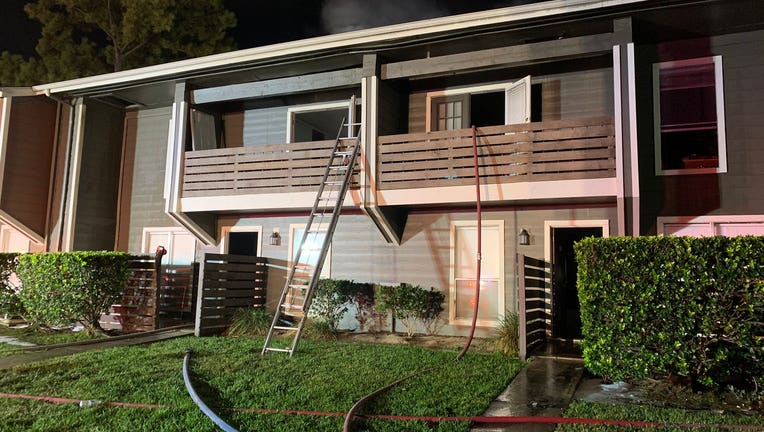 HOUSTON - Two firefighters were injured during an apartment fire on Sunday night in Houston.

According to the Harris County Fire Marshals Office, the fire occurred in the 500 block of Cypress Station.

No residents were injured.

The Red Cross was notified.