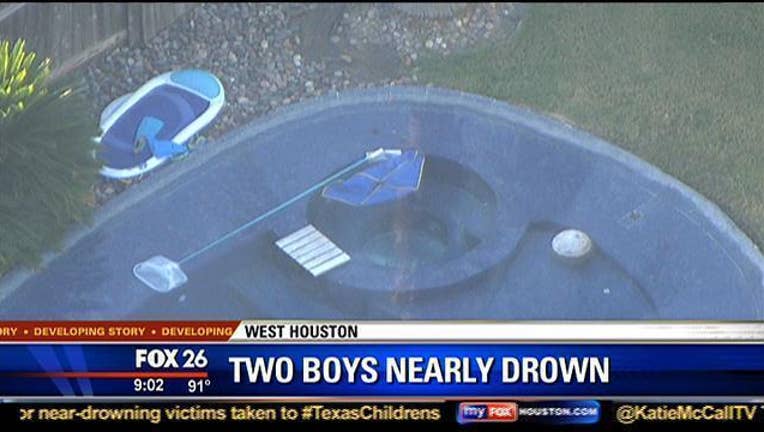 It's the story that we tell far too often, especially in Texas in the summertime: children found in pools, not breathing.

Two children were pulled from their back yard pool on Houston's West side, in an upscale gated community on Thicket Ridge Lane, near Eldridge Parkway.  The boys were unresponsive.

The boys, ages 6 and 9, were rushed to Texas Children's Hospital West.  Their condition since being transported has not been released.

Police are investigating this case as a drowning, and officers are on the scene, with crime tape in front of the house.

At about 6:10 pm, on Thursday, an off-duty Precinct 5 Deputy Constable pulled the boys out, after receiving a call.

Houston police have not released any other information, so far.  Houston Police Department Spokesperson Jodi Silva tells Fox 26 the department continues to interview witnesses for information about how this happened.