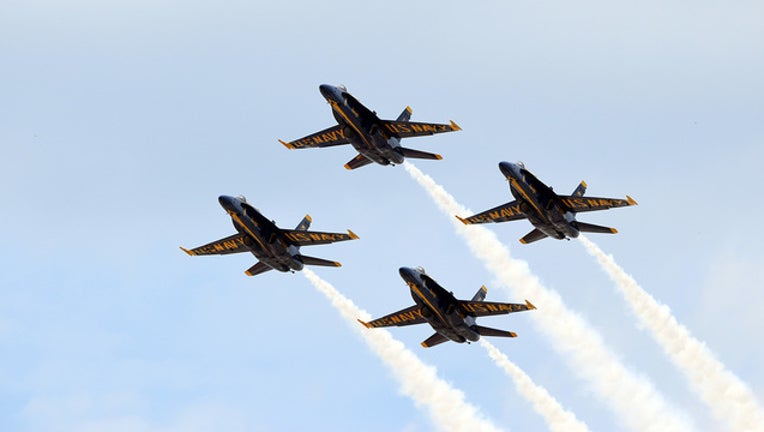 WASHINGTON (AP) - The Interior Department says a Fourth of July celebration featuring President Donald Trump will include a flight demonstration by the U.S. Navy Blue Angels.

The "Salute to America" event will honor the nation's five service branches with music, military demonstrations and a fireworks display, as well as a speech by Trump at the Lincoln Memorial.

Democrats have voiced concern that Trump could alter the tone of what traditionally is a nonpartisan celebration of America's founding by delivering an overtly political speech.

Interior Secretary David Bernhardt says Trump will use the speech to honor the military.

Fireworks Display
9:07 p.m. – 9:42 p.m.
Independence Day celebrations culminate with a spectacular fireworks display over the National Mall. The fireworks will be launched from West Potomac Park and behind the Lincoln Memorial. They will be visible from locations throughout D.C. and Northern Virginia.