Asked specifically what was targeted, Trump revealed: “We will tell you that probably it was going to be the embassy in Baghdad.”

Asked specifically what was targeted, Trump revealed: “We will tell you that probably it was going to be the embassy in Baghdad.”

Pressed on whether large-scale attacks were planned for other embassies, the president said: “I can reveal that I believe it probably would’ve been four embassies.”

The exclusive interview with the president will air Friday night at 10 p.m. ET on Fox News “The Ingraham Angle.” 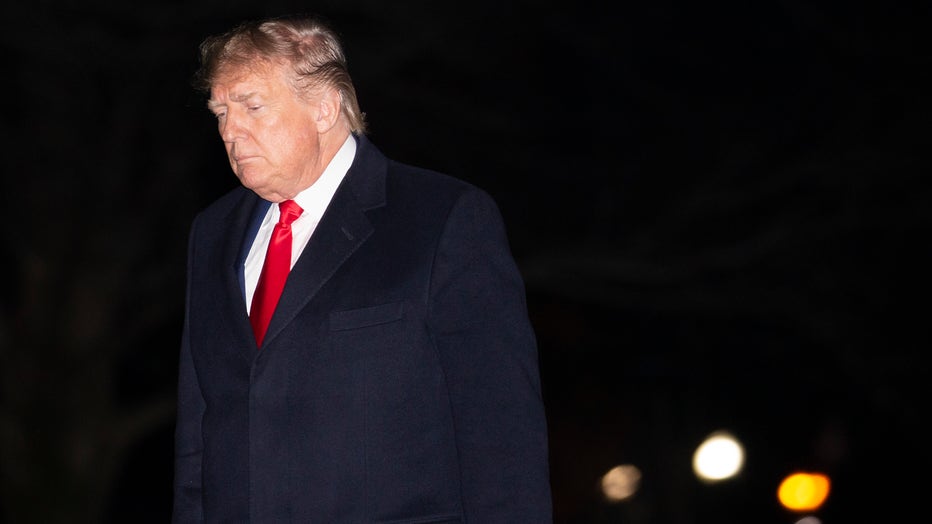 FILE - U.S. President Donald Trump walks on the South Lawn of the White House on January 9, 2020 in Washington, DC.

The U.S. has repeatedly said that that strike was an act of self-defense to prevent what it has described as an “imminent threat” against U.S. interests and troops.

Earlier Friday, Secretary of State Mike Pompeo was grilled on the specifics of that threat Friday as reporters quizzed him on what he meant by “imminent.”

“We had specific information on an imminent threat and that threat stream included attacks on U.S. embassies. Period. Full stop,” he said. When later asked what he meant by imminent, he responded: “It was going to happen.”