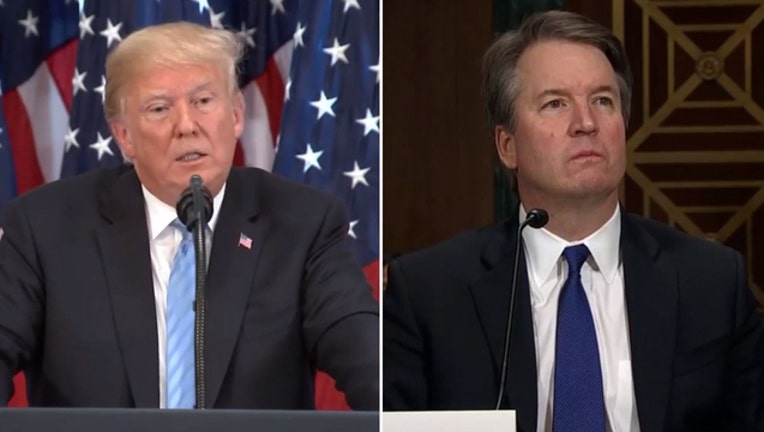 WASHINGTON (AP) - The woman who has accused Supreme Court nominee Brett Kavanaugh of sexual misconduct when they were students at Yale has agreed to cooperate with an FBI investigation, her lawyer says, and President Donald Trump says the bureau has "free rein" to conduct the inquiry.

Deborah Ramirez's lawyer, John Clune, said Saturday that agents want to interview Ramirez, who has alleged that Kavanaugh exposed himself to her at a party in the early 1980s. Two other women have accused the appeals court judge of sexual misconduct.

Kavanaugh's confirmation to the Supreme Court, once seen as assured, became uncertain after the allegations and then dramatic Senate testimony Thursday by Christine Blasey Ford, who alleges that Kavanaugh sexually assaulted her at a party when they were teenagers. The Senate Judiciary Committee voted in favor of Kavanaugh along party lines Friday.

While the precise scope of the reopened background investigation of Kavanaugh remained unclear, Trump told reporters Saturday that "the FBI, as you know, is all over talking to everybody" and said "this could be a blessing in disguise."

"They have free rein. They're going to do whatever they have to do, whatever it is they do. They'll be doing things that we have never even thought of," Trump said at the White House. "And hopefully at the conclusion everything will be fine."

The president revisited the question of the scope of the FBI's probe in a late-night tweet Saturday, writing in part, "I want them to interview whoever they deem appropriate, at their discretion."

MORE: A look at what the FBI's Kavanaugh investigation will entail | Arizona Sen. Jeff Flake a `yes' on Kavanaugh, in a big lift

In a separate action involving the FBI, Sen. Chuck Grassley, R-Iowa, the chairman of the Senate Judiciary Committee, asked the Justice Department and the FBI to open a criminal investigation into "apparent false statements" that were made to committee investigators alleging sexual misconduct by Kavanaugh in 1985.

A constituent contacted the office of Sen. Sheldon Whitehouse, D-R.I., alleging that Kavanaugh had sexually assaulted an acquaintance on a boat in Newport, Rhode Island, in 1985, but Grassley said the person later "'recanted' and apologized for the allegation via social media.

Senate leaders agreed to delay a final vote on Kavanaugh's nomination to allow for a one-week FBI investigation. The Judiciary Committee has said the probe should be limited to "current credible allegations" against Kavanaugh and be finished by next Friday.

Leaving the hearing this past Friday, Sen. Dick Durbin, D-Ill., said it was his understanding there would be an FBI investigation of "the outstanding allegations, the three of them," but Republicans have not said whether that was their understanding as well.

The FBI conducts background checks for federal nominees, but the agency does not make judgments on the credibility or significance of allegations. The investigators will compile information about Kavanaugh's past and provide their findings to the White House and include the information in Kavanaugh's background file, which is available to senators.

Kavanaugh and Ford, who says Kavanaugh sexually assaulted her when both were teenagers, testified publicly before the Judiciary Committee on Thursday.

Kavanaugh's high school friend Mark Judge, who Ford says was in the room when a drunken Kavanaugh sexually assaulted her, said that he will cooperate with any law enforcement agency that will "confidentially investigate" sexual misconduct allegations against him and Kavanaugh. Judge has also denied misconduct allegations.

Lawyers for P.J. Smyth and Leland Ingham Keyser, two others who Ford said were in the house when she was attacked, have said their clients are willing to cooperate "fully" with the FBI's investigation. An attorney for Keyser reaffirmed her previous statement that she doesn't know Kavanaugh and has no recollection of ever being at a gathering or party where he was present, the Judiciary Committee said in a statement Saturday night.

A third woman, Julie Swetnick, accused Kavanaugh and Judge of excessive drinking and inappropriate treatment of women in the early 1980s, among other accusations. Kavanaugh has called her accusations a "joke" and Judge has said he "categorically" denies the allegations.

Swetnick's attorney, Michael Avenatti, said Saturday that his client had not been contacted by the FBI but is willing to fully cooperate with investigators.

Speaking to supporters at a rally Saturday night in Wheeling, West Virginia, Trump accused Democrats of using "ruthless and outrageous tactics" against Kavanaugh and urged voters to support Republicans in November's midterm elections.

"And they're determined to take back power by any means necessary. You see the meanness, the nastiness. They don't care who they hurt, who they have to run over to get power," he said.

"We're not going to give it to them," Trump said. 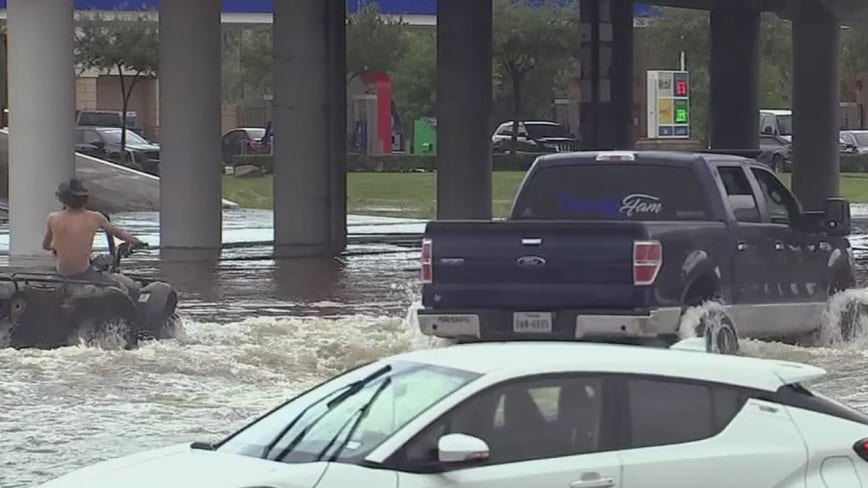