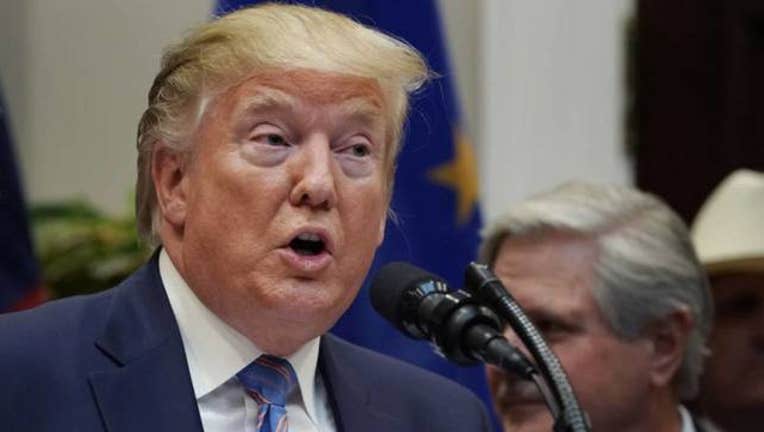 WASHINGTON (AP) - President Donald Trump is insisting that he and Senate Majority Leader Mitch McConnell want to "do something" to strengthen the nation's firearm background check system in the wake of two mass shootings earlier this month.

Trump told reporters in New Jersey on Tuesday as he departed for Pennsylvania he's "convinced that Mitch wants to do something." He adds, "He wants to do background checks and I do too."

Publically McConnell has only committed to launching into a discussion of the issue with the GOP-controlled Senate returns from recess next month.

Republicans have refused to take up several Democratic-backed gun control bills that passed the House, and historically have opposed many efforts to strengthen the nation's gun laws.

Trump provided no details on what he and McConnell may have planned.