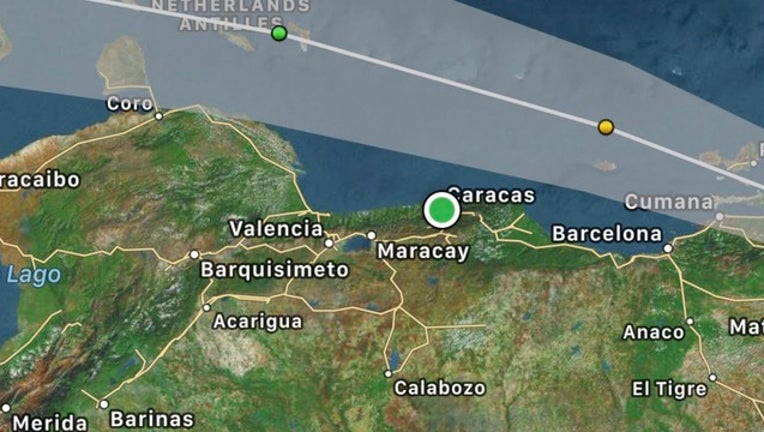 PORT-OF-SPAIN, Trinidad (AP) - Tropical Storm Bret has formed in the Atlantic Ocean off the coast of Venezuela.

The National Hurricane Center says the storm, which formed Monday afternoon, has maximum sustained winds of 40 mph (65 km/h) with higher gusts. The storm's eye is about 125 miles (200 km) southeast of Trinidad.

Bret was moving toward the west-northwest near 30 mph (48 km/h) and was expected to continue at a slightly slower speed over the next two days. On the forecast track, the tropical storm is expected to move near or over Trinidad and the eastern coast of Venezuela on Monday night and early Tuesday.

Officials said schools in Trinidad will close Tuesday and government offices in the sister island of Tobago will be shuttered. Meteorologists warned of waves of more than 9 feet (3 meters) along the islands' coasts