HOUSTON - The Cactus Jack Celebrity Softball Classic will return to Minute Maid Park in 2023, this time, to support and highlight HBCUs.

The Astros Foundation announced a partnership with the Cactus Jack Foundation to be the title sponsor for the first annual Cactus Jack Foundation HBCU Celebrity Softball Classic to be held on Feb. 16, 2023, at Minute Maid Park. The Classic will be a round-robin collegiate baseball tournament highlighting several Historically Black Colleges and Universities (HBCUs) and their baseball programs on the opening weekend of college baseball.

Travis Scott's and his Cactus Jack Foundation will also be working together with Project H.E.A.L. which is an initiative dedicated to addressing challenges facing youth, especially those from marginalized and at-risk communities. 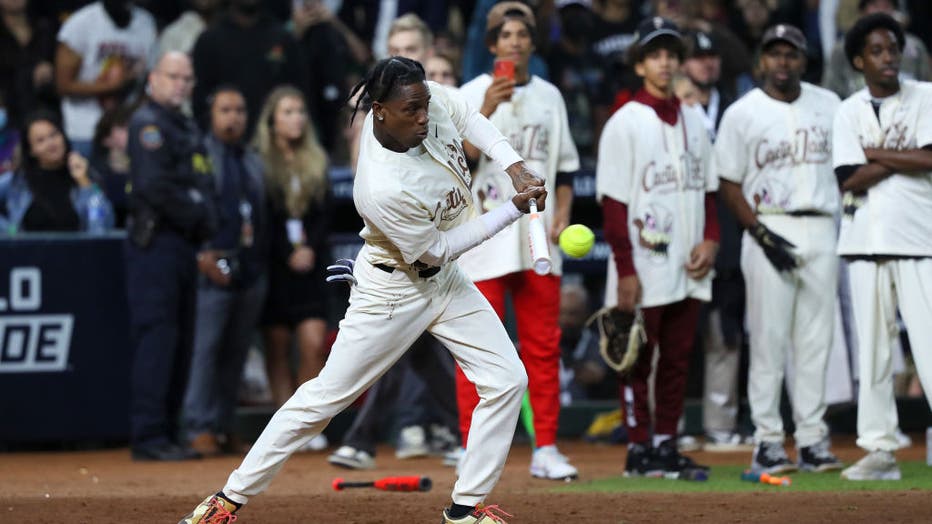 This year's event is said to feature an all-star lineup of baseball Hall of Famers and A-list entertainers who will participate in a Homerun Derby and a Softball Game. Last year's event featured celebrities such as Travis Scott himself, Kendall Jenner, Mookie Betts, Gary Sheffield, and Hall of Famers Reggie "Mr. October" Jackson and Jeff Bagwell.

In Travis Scott's first interview since the Astroworld Festival in Houston, the rapper told Charlamagne tha God that he didn't know about the tragedy unfolding in the crowd during his concert. FOX 26’s Natalie Hee has more.

The foundation says proceeds generated from the Fall Classic will go towards the Waymon Webster Scholarship Fund, which provides financial support to HBCU seniors for final tuition fees, and allows those students to graduate and receive their college diploma on time. In the past, this initiative was able to raise $1 million in scholarships for 100 graduating HBCU seniors.

Scott is said to have a longstanding commitment to providing scholarship opportunities for students at HBCUs because of his own family’s longtime legacy of studying, working at, and supporting HBCUs.