Many of the stolen bikes were the competitors' personal bikes that had been specially adapted to fit the needs of their riders.

LAKEWAY, Texas - Loose chains and a broken lock were about all that was left under a tree at Lake Travis Elementary School Sunday afternoon.

"We drove by around 4:45 p.m. (on Friday) and the trailer was there," said Mike Hodde. "Everybody in the community watches it."

A trailer that Hodde provided to fill a need. The next morning, Saturday, the trailer was gone.

The discovery was made just an hour or so from the Special Olympics bicycle competition being held at a nearby track - a once-a-year-event that athletes spent hours training for.

A trailer containing the bikes of Special Olympics of Texas athletes was stolen hours before a once-a-year competition. The community came together to find bikes for the athletes and turned the situation into a positive.

The trailer was holding all of their bicycles, many of them specially made for special needs kids.

When Marisa Sodders heard the trailer wasn’t in its usual spot Saturday morning, her first thought was that Hodde had picked it up early. But then the realization hit.

"Just the panic of, we’re about to have competition, and these kids that have worked so hard practicing aren’t going to have the equipment that they need," said Sodders, head of delegation for the Lake Travis ISD Special Olympics.

Travis celebrating at the Special Olympics of Texas

Another team in Hays County canceled their practice so they could share their bikes for the competition. A local bike mechanic also happened to have some extra trikes on hand.

"That’s Special Olympics," said Sodders. ""Everybody cheers for everybody, everybody helps everybody out when something like this happens, so it shouldn't have surprised me, but it certainly did, and it warms the heart."

Hodde’s son, Travis, got to compete and came away with two gold medals. Hodde said it’s the environment in which his son, who is autistic, is truly comfortable. And he looks forward to this competition every single year. 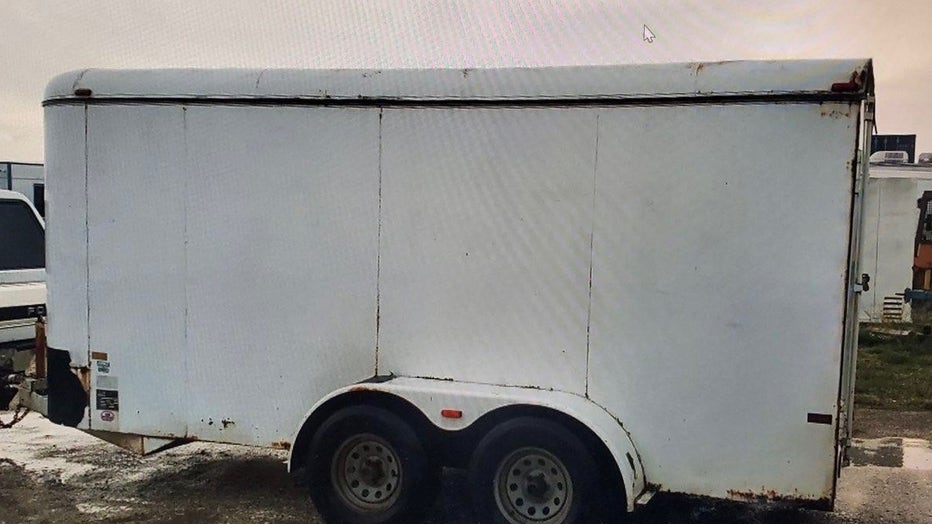 "It left a bad taste in the mouth when you saw the trailer missing," said Hodde. "But then to see the special needs community, the law enforcement community, the school district, the parents and all the people on social media react, it’s clear it’s hit a nerve."

Hodde had provided his personal trailer so that parents of athletes didn’t have to transport the bikes back and forth. They could leave them on the elementary school campus where the athletes set up cones and practice in the parking lot.

He hopes that whoever took the trailer returns it when they realize what’s inside.

"It’s probably the most hunted trailer in all of Texas right now," he said.

The trailer and bikes are still missing. The trailer is white, and its license plate number is #639 63N.

If you have any information on its whereabouts, call LTISD PD.