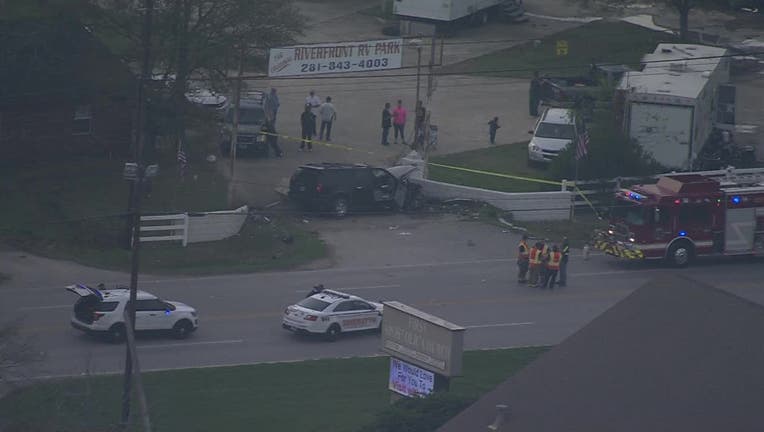 HIGHLANDS, Texas - A person has been transported to the hospital via LifeFlight after a major crash in Highlands, Texas.

Another passenger is being transported by ambulance.

Deputies say the crash happened in the 1200-block of S. Main in Channelview, where a vehicle crashed into a gas meter and ended at the entrance of Riverfront RV Park.

Traffic has been shut down in both directions as deputies investigate and clear the scene.