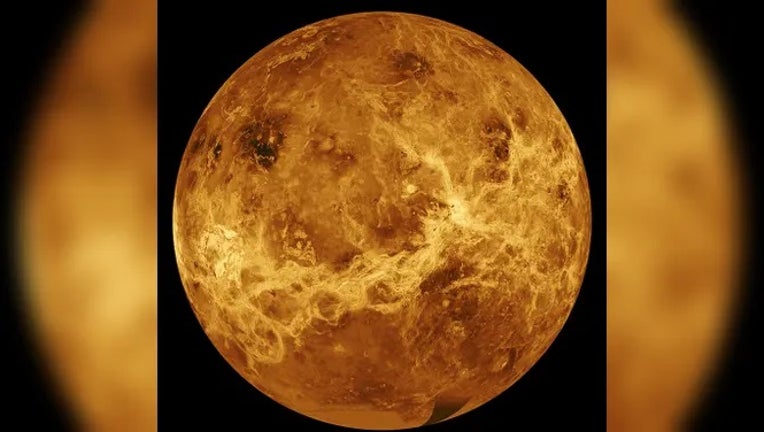 This global view of the surface of Venus was created using data from NASA’s Magellan spacecraft with data gaps filled in with Pioneer Venus Orbiter data. The simulated hues are based on color images recorded by the Soviet Venera 13 and 14 spacecraft.

Venus is a fiery world with sulfuric acid clouds and a toxic atmosphere fueled by a runaway greenhouse effect, but scientists believe that about 800 million years ago, it could have been more like Earth.

Earth is a true gem of our solar system, with a perfect distance from the sun to support life and a temperature to keep liquid water. Our closest rocky neighbor, Venus, is also within the area known as the "Goldilocks Zone," but with temperatures at 900 degrees Fahrenheit, no one or thing is living there now.

At some point in its evolution, Venus lost its potential to be habitable.

With a series of planned NASA, European Space Agency, and privately funded spacecraft missions to Venus, the planet hot enough to melt lead might soon be the bell of the solar system ball – at least it will be to climate and planetary scientists.

NASA's VERITAS mission is launching to Venus no earlier than 2027. The spacecraft will orbit Venus and use a suite of instruments to map the planet and provide radar images.

Venus has interesting geological features, including volcanoes, craters and mountains. VERITAS will look for the composition of these features and help determine how they formed.

The biggest goal of the mission is to find out why Venus doesn't have the same qualities to support life as Earth when it's also a rocky planet around the same size and within the habitable zone of the sun.

"Using cutting-edge technologies that NASA has developed and refined over many years of missions and technology programs, we’re ushering in a new decade of Venus to understand how an Earth-like planet can become a hothouse," NASA’s associate administrator for science Thomas Zurbuchen said in a statement.

Venus is a spacecraft killer. The former Soviet Union and NASA have sent a series of probes to Venus, and all died soon after arrival.

'IT'S THE TREE EVERYONE ROOTS FOR': WASHINGTON'S 'TREE OF LIFE' CLINGS TO SURVIVAL AGAINST ALL ODDS 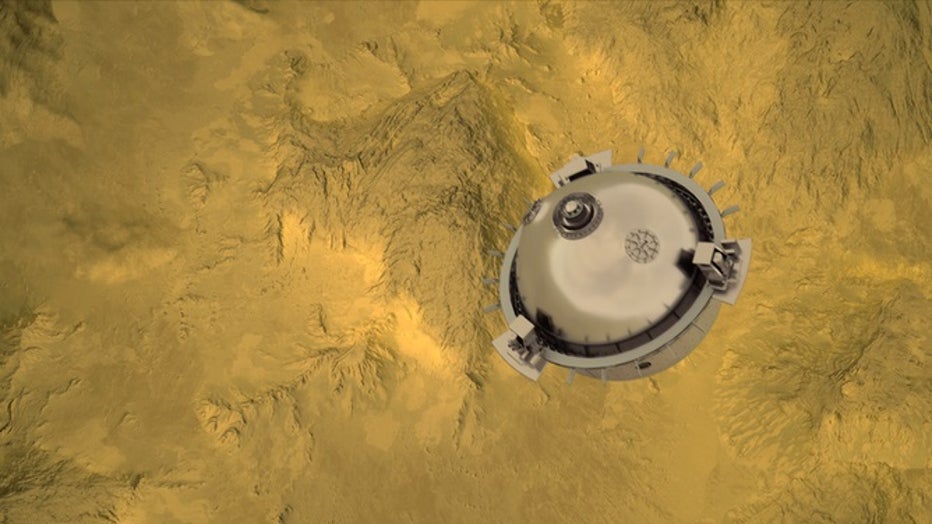 An artist rendering of DAVINCI, a meter-diameter probe that will brave the high temperatures and pressures near Venus’ surface to explore the atmosphere from above the clouds to near the surface. (Credits: NASA GSFC visualization by CI Labs Michael L

NASA plans to send a probe part of the DAVINCI mission down to the Venusian surface. The probe will collect measurements on the way down.

The meter-wide probe contains the Venus Mass Spectrometer, which will ingest gas from the atmosphere and quickly analyze it.

NASA's Goddard Space Flight Center Chief of Planetary Environments Lab Charles Malespin says the VMS instrument is "essentially like sending a complex chemistry lab squished down to the size of a briefcase."

If it survives the descent down to the hellish world, the data from the surface will be a bonus. However, NASA says it's unlikely the probe will survive long on the 900-degree surface.

In the next decade, the European Space Agency will launch EnVision, which will orbit Venus and investigate the planet's inner core and its atmosphere. Scientists are interested in looking for evidence of past oceans and understanding active geological processes.

According to computer modeling by NASA's Goddard Institute for Space Studies, Venus may have had a shallow ocean and habitable surface temperatures in the first 2 billion years of its history.

It's been over 30 years since NASA sent a mission to Venus, and private company Rocket Lab might be the agency to it.

Rocket Lab also plans to send a spacecraft to Venus in 2023.

LINK: Get updates and more on this story at foxweather.com.