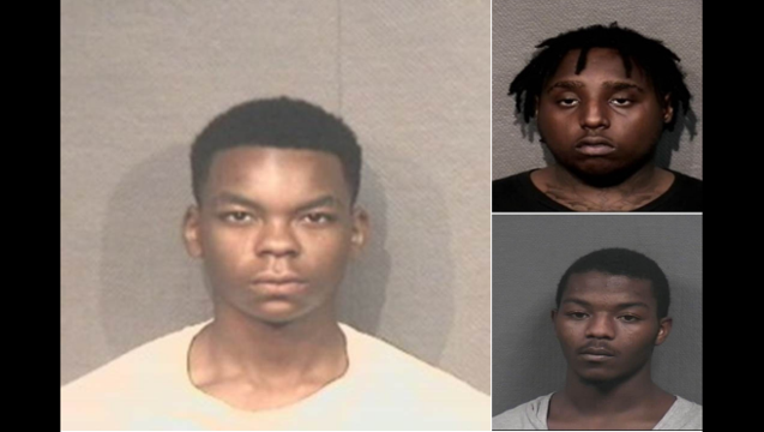 HOUSTON, TX - Investigators say that charges have been filed against three teen suspects arrested in the deadly shooting of a Houston 15-year-old at 4603 Sherwood Lane about 8:05 p.m. on Wednesday on August 15.

Teen suspects, Jashon Romero Freeman,18, Jacorey Jervar Randolph, 19, and Albert Ray Edmond, 18 are charged with capital murder in the 230th State District Court.  Police have not yet released the name of the 15-year-old male victim, pending identification by the Harris County Institute of Forensic Sciences.

According to police, Freeman, Randolph and Albert arrived at an apartment complex at the above address and got into an altercation with the victim in the parking lot. One of the suspects shot the victim multiple times and then stole property from him. The suspects then fled the scene in a black BMW sedan. HPD patrol officers and Houston Fire Department paramedics responded to the scene and the victim was pronounced dead.

A short time later, Spring Valley Police Department officers tracked down the BMW sedan and conducted a traffic stop. All three suspects were detained and taken into custody without incident.