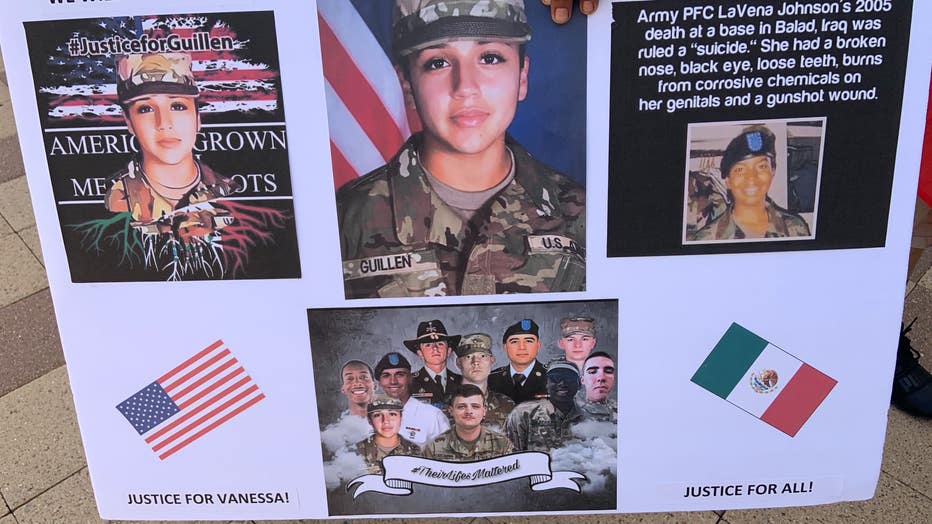 “I’m very emotional,” said Christina Michelle at Saturday’s march. “I’m angry. I’m sad. It could have been anyone.”

The march started at Discovery Green and went to City Hall. Many people in the large crowd were seen holding signs and wearing face coverings.

On Friday, Harris County Judge Lina Hidalgo issued a 10-person-limit to public gatherings to prevent spreading COVID-19. While some exceptions are listed within the Harris County order, protests/marches are not specifically mentioned.

“They’re just concerned about controlling the narrative, and making sure our voices aren’t heard,” said Jennifer Morales at the march. “We’ll take care of ourselves like we’ve been taking care of ourselves.”

Guillen went missing from Fort Hood in April and is believed to have been killed by a fellow soldier. This last week, human remains were found near Austin. The 20-year-old’s family believes the remains belong to Vanessa. On Saturday, one of Guillen’s relatives spoke to the large crowd.

“We need you to stop oppressing [people],” said one demonstrator. “We need justice for these people and we need for this to not happen again.” 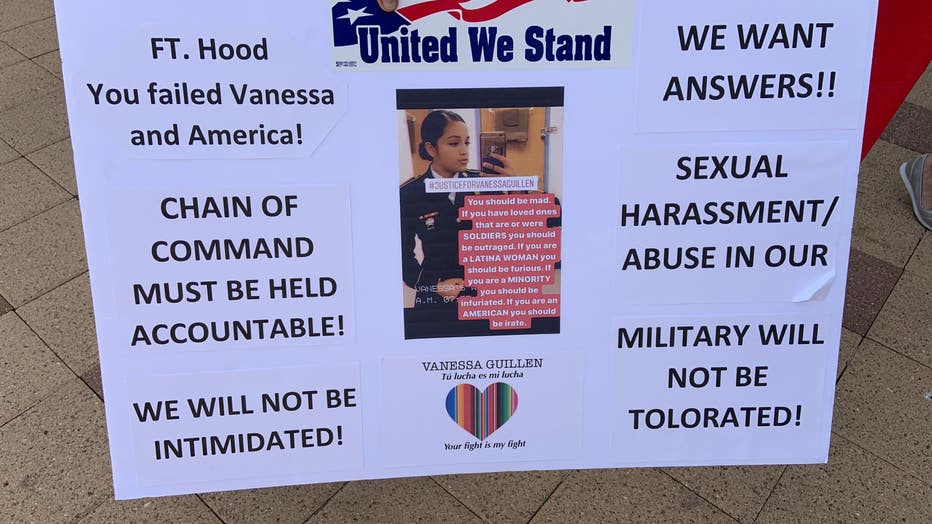 A 20-year-old suspect killed himself Tuesday while authorities narrowed their investigation. A second suspect has been charged for tampering with evidence.

RELATED: One suspect in custody for disappearance of Pfc. Vanessa Guillen, other is dead

“Everybody up top needs to do a congressional investigation on this matter,” said Andrew Rodriguez at the march. “It’s very important.”

Texas Governor Greg Abbott issued a mandatory face-covering order across the state for everyone in public, including protesters. There are exceptions, but for those that don’t follow the rule, they could be fined $250.

“Everybody is wearing a mask,” said one demonstrator Saturday. “This is an important matter. It’s not going to silence the march.”

So far, we’re not aware of any fines or penalties associated with COVID-19 rules and Saturday’s march.

“I can get sick going to Walgreens, to Walmart, or any one of these stores,” said Rodriguez. “This is a good cause, and it’s worth being out here.”