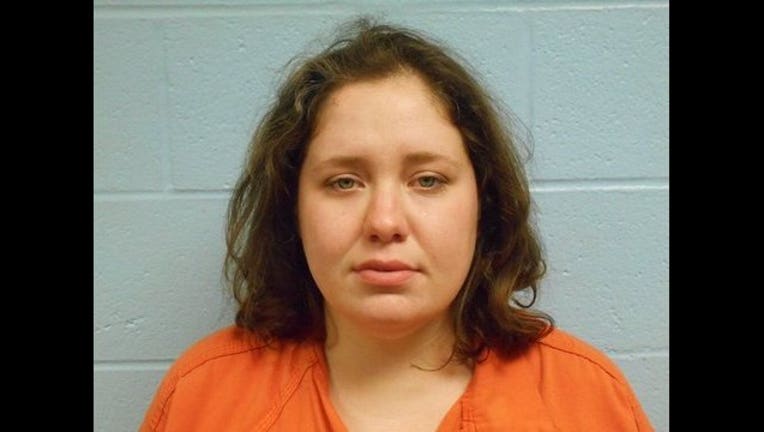 STILLWATER, Okla. (AP) — The latest on the fatal crash at the Oklahoma State homecoming parade (all times local):

Hospital officials say a 2-year-old has become the fourth person to die after a woman suspected of driving under the influence plowed into an Oklahoma State University homecoming parade crowd.

Police have said a car driven by 25-year-old Adacia Chambers struck an unoccupied motorcycle of an officer working security at the parade Saturday in Stillwater. The vehicle then went into the crowd.

In addition to the four deaths, more than 30 were injured. They included eight who were airlifted to hospitals with critical injuries.

Chambers was taken into custody on the DUI charge.

The father of a woman accused of crashing her car into the crowd attending the Oklahoma State homecoming parade says he can't believe his daughter could have done it.

Floyd Chambers, of Oologah, told The Oklahoman that he learned through social media that his daughter — Adacia Chambers of Stillwater — was arrested for driving under the influence following the Saturday morning crash that killed three people and injured dozens.

A woman who answered a call to a phone number listed for Floyd Chambers told The Associated Press no one was available to talk.

Chambers said his daughter is timid and that he could not imagine alcohol being involved. Police are awaiting blood tests to determine if Adacia Chambers was under the influence of drugs or alcohol.

University of Oklahoma President David Boren has issued a statement expressing sympathy to those killed and injured when a car crashed into people attending the homecoming parade at Oklahoma State University.

"Our prayers go out to the Cowboy community," Boren said in the statement issued Saturday afternoon.

A moment of silence for the victims in the crash was held before the Oklahoma-Texas Tech game in Norman.

Police have updated the number of people injured in the Oklahoma State parade crash to 34 and say eight of them are in critical condition.

Three people were killed when a motorist plowed her car into a crowd of spectators at the homecoming parade. Originally Stillwater police had said 22 others were injured, but they updated that total Saturday afternoon to 34.

The homecoming game was being played Saturday afternoon against Kansas. The crowd observed a moment of silence before kickoff.

A football stadium crowd has observed a moment of silence for the victims of a fatal crash hours earlier at Oklahoma State's annual homecoming parade.

The flag was lowered to half-staff at Boone Pickens Stadium Saturday afternoon before kickoff of the No. 14 Cowboys' homecoming game against Kansas. Officials had considered postponing the game but decided to play it as scheduled and honor the victims.

After running out onto the field before the game, most of the Oklahoma State players knelt in prayer by the OSU sideline.

Three people were killed and dozens injured when a car careened into a crowd at the homecoming parade. The driver of the car was arrested on a DUI charge.

Police have released the name of the woman arrested on a DUI charge after the crash that killed three people at the Oklahoma State University homecoming game.

Three people were killed and 22 injured — eight critically — after the motorist slammed into the parade Saturday morning in Stillwater.

The homecoming game was being played Saturday afternoon against Kansas. University officials said there would be a moment of silence to honor the victims.

Oklahoma State University President Burns Hargis says OSU's game against Kansas will still be played Saturday despite a crash involving a motorist who plowed into the school's homecoming parade, killing three people and injuring 22 others.

Hargis' comments came in a news conference hours after the Saturday morning crash. Police have arrested the woman who was driving the car on a charge of driving under the influence.

Police say the driver of a vehicle that crashed into a crowd of spectators at the Oklahoma State homecoming parade has been arrested on a charge of driving under the influence.

Stillwater police Capt. Kyle Gibbs said the woman's sedan crashed into the unoccupied motorcycle of an officer who was working security at the route, then into the crowd of people.

Gibbs says three people were killed and nearly two dozen injured during the crash Saturday morning. He says eight of the injured were airlifted to hospitals with critical injuries.