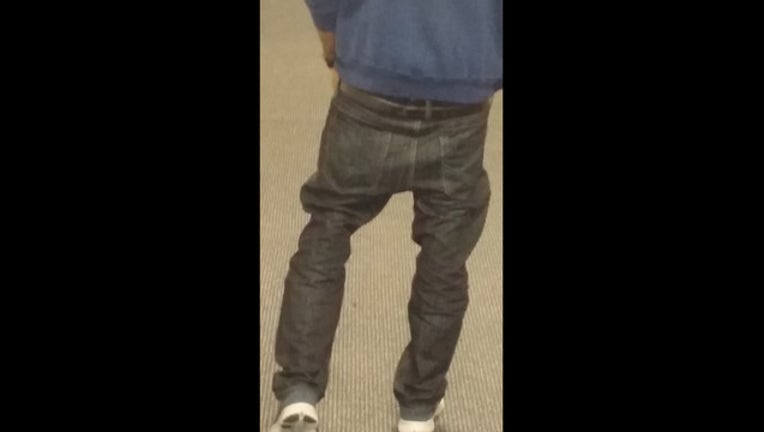 HOUSTON (FOX 26) - "Pull up yo britches!!”  This phrase used to be heard whenever there was a person wearing their pants, slacks, or jeans below the waist (usually without a belt) out. “Sagging” started in U.S. prisons in the 1960’s as a result of restrictions being placed on belts and shoestrings due to the high risk of inmates using them to commit suicide or inflict harm on other inmates or guard. It is also said that in prison sagging pants was a sign that identified inmates to more masculine prisoners as available for sexual activity and what better way than displaying their buttocks proudly in a manner reminiscent of the proud peacock displaying his tail feathers to attract a mate.

Unfortunately, the style has found its way into mainstream America. However, in certain communities, bans against sagging pants have be formed. To some this is ridiculous, to others it's deemed necessary. In a community in Alabama it has been banned because one lawmaker said it's because God doesn't like the look.

Henderson State University, a public college in Arkadelphia, Ark., didn't  officially banned such pants in its dress code, but has in its students center warning that saggy pants, would not be tolerated.

Tonya Smith, a university spokeswoman, told Inside Higher Ed that the signs were intended to discourage disruptive behavior on campus ( http://dailycaller.com/2015/08/17/university-ban-on-saggy-pants-decried-as-racist/#ixzz3rOkpnVeV)

Wildwood, NJ  passed a law banning overly saggy pants on their boardwalk and "hindsight" will soon be punishable by a $25 fine.

A Louisiana law introduced in the parish of Jefferson Davis makes it a crime for people to wear their pants in any way that can be defined by police as “sagging.”

Trends like "saggy pants" probably will never go away although most want it to. Why do people love it so much?  What's the point of actually doing it?  Should all states incorporate some type of law about it?