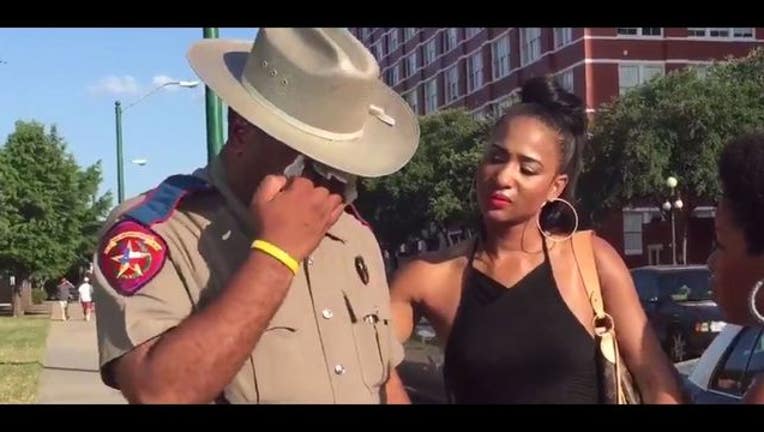 (STORYFUL) - In the wake of the fatal shootings of three Baton Rouge police officers on Sunday, July 17, the emotional toll for one Texas highway patrol trooper proved too burdensome, as he broke down in tears outside a memorial for recently slain Dallas police officers.

Allison Harris, a reporter with FOX 4, tweeted that the trooper said, “It’s time to come together. It’s time.”

Five Dallas law enforcement officers were killed and nine others injured on July 7 when a gunman carried out an ambush attack during an anti-police brutality protest.

This video shows the trooper’s emotional plea, and other officers being greeted by residents.