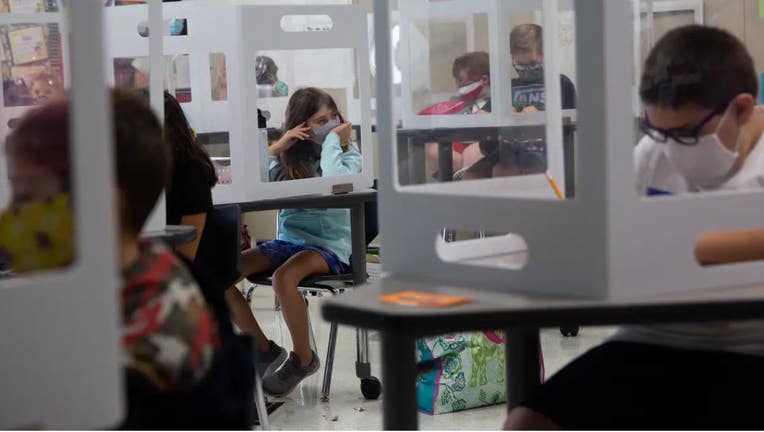 The Texas Supreme Court has dismissed Texas Attorney General Ken Paxton and Gov. Greg Abbott’s request that it disallow mask mandates in Texas school districts — albeit on a technicality.

The Supreme Court's order Thursday temporarily allows school districts to require face coverings because it leaves in place previous temporary restraining orders issued by a Travis County judge, whom Paxton wanted the high court to overrule. Justices cited a provision that typically requires matters to go to an appellate court before it reaches the state's highest civil court.

State District Judge Jan Soifer issued temporary restraining orders against Abbott’s ban on mask mandates, clearing the way for Harris County and eight school districts to enact their own mask-wearing rules. Soifer also barred Abbott from enforcing his order "against Texas independent school districts." Abbott, who is vaccinated, tested positive for the coronavirus Tuesday but is not experiencing any symptoms.

In the past two weeks, Abbott and Paxton have sought to stem the tide of cities, counties and school districts challenging the governor’s pandemic executive order and putting their own mask mandates in place. Paxton’s office argued to the state’s Supreme Court that the patchwork of local mask mandates was causing "mass confusion" in Texas.

While Abbott and Paxton have had a few legal victories in temporarily removing some mask mandates, those victories have been short-lived. The high court has allowed the many legal challenges to continue playing out.

The Texas Tribune is a nonprofit, nonpartisan media organization that informs Texans — and engages with them — about public policy, politics, government, and statewide issues.