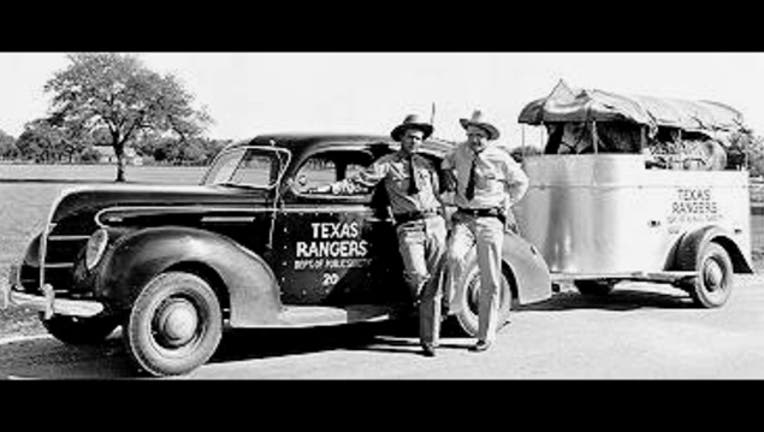 The Texas Ranger Division created a Special Operations Group to be tasked with the oversight of the Special Weapons and Tactics team, Regional Special Response Teams (SRT’s), Ranger Reconnaissance Team, Crisis Negotiations Unit, and the Explosive Ordnance Disposal.  The Texas Rangers currently coordinate border security operations through six (6) Joint Operations and Intelligence Centers (JOICs) along the Texas-Mexico border and Coastal Bend area of the state.  In response to legislation, the Texas Rangers created a Public Corruption Unit and an Unsolved Crimes Investigation Program.

In 2014, a total of 3,338 investigations resulted in 1,419 felony arrests, 138 misdemeanor arrests.  The Texas Rangers executed 887 search warrants and secured 5,587 statements, including 843 confessions to various crimes.  Rangers recovered stolen property valued at $1,391,053 and seized contraband valued at $329,267.  There were 1,815 convictions for various crimes investigated that resulted in 1 death sentence, 61 life sentences and a total of 9,221 years in penitentiary time being assessed. Rangers served 235 subpoenas and 442 warrants. Rangers conducted 14 hypnosis sessions on criminal investigations.

The Texas Rangers played an effective, valiant, and honorable role throughout the early troubled years of Texas. The Ranger Service has differed in organization and policy under varying conditions, demands for service, and state administrations, and it has not been of entirely unbroken continuity. However, it has existed almost continuously from the year of colonization to the present.

In 1821, Stephen F. Austin, known as the "Father of Texas," made a contract to bring 300 families to the Spanish province, which now is Texas. By 1823, probably more than 600 to 700 people were in Texas, hardy colonists from the various portions of the United States at that time, who settled not far from the Gulf of Mexico. There was no regular army to protect them, so Austin called the citizens together and organized a group to provide the needed protection. Austin first referred to this group as the Rangers in 1823, for their duties compelled them to range over the entire country, thus giving rise to the service known as the Texas Rangers.

When Austin returned from his imprisonment in Mexico in 1835, a body was organized called the "Permanent Council." On October 17, 1835, Daniel Parker, a member, offered a resolution creating a corps of Texas Rangers, 25 men under the command of Silas M. Parker to range and guard the frontier between the Brazos and the Trinity; 10 men under Garrison Greenwood to work on the east side of the Trinity; and 25 men under D. B. Frazier to patrol between the Brazos and the Colorado. These Rangers were assigned to protect the frontier against the Indians until the end of the Revolution.

On November 1, 1835, the temporary "Permanent Council" reported the organization of the Rangers to the Consultation, who approved it, and on November 9, a committee of this body commissioned G. W. Davis to raise 20 more men for this new service. The Consultation was succeeded by the General Council, which on November 24, 1835, passed an ordinance providing for three companies of Rangers, 56 men to the company, each commanded by a captain, first and second lieutenants, with a major in command. The privates received $1.25 per day for "pay, rations, clothing, and horse service," and the enlistment was for one year. The Rangers acted to protect the settlements against the incursions of Indians while Sam Houston and his army defeated the troops of Santa Anna in the Battle of San Jacinto on April 21, 1836.

In December 1836, the Congress of the Texas Republic (1836-1845) passed a law providing that President Sam Houston raise a battalion of 280 mounted riflemen to protect the frontier. The term of service was to be six months. The following January a law was passed providing for a company of 56 Rangers for the frontier of Gonzales County, and a few days later other companies were provided for Bastrop, Robertson, and Milam Counties. A little later, a law was signed for two more companies for the protection of San Patricio, Goliad, and Refugio Counties. It was during this period that the Texas Rangers began to make a name for themselves that spread far beyond the borders of the state.

After the Revolution and up to 1840, the Rangers were used principally for protection against the Indians, and history shows that they were very active in this service. In 1840, many battles against the Indians occurred, such as the Council House Fight in San Antonio, the raid on Linnville, and the Battle of Plum Creek.

On January 29, 1842, President Houston approved a law providing for a company of mounted men to "act as Rangers" on the southern frontier, and on July 23, he was authorized to accept the service of one company on the Trinity and Navasota. The same act provided for two companies on the southwestern frontier.

The law of January 23, 1844, authorized John C. Hays to raise a company of mounted men to act as Rangers from Bexar to Refugio Counties and westward.

Texas seceded from the Union and joined the Confederacy by action of a convention January 28, 1861, ratified February 23, 1861. While not much of the War Between the States (1861-1865) was fought on Texas soil, Texans contributed much to Confederate strength. A notable organization, Terry's Texas Rangers, was organized in Houston in 1861, and derived its name from the brilliant leadership of Colonel Benjamin Franklin Terry. Many of the Texas Rangers and former members enlisted in "Terry's Texas Rangers," and made an enviable record in the Confederate Army. Texas was readmitted to the Union on March 30, 1870.

The darkest period in the history of the organization, the Period of Reconstruction (1865-1873), was the re-regimentation of the Rangers as the "State Police". Under the administration of the Reconstructionist Governor E. J. Davis (January 8, 1870 - January 15, 1874), while charged with the enforcement of the unpopular carpetbagger laws, the State Police fell into disrepute among the war-weary citizens of Texas. Reconstruction and carpetbag rule was ended in 1873.

In May 1874, under Governor Richard Coke, the Legislature appropriated $75,000 to organize six companies of Texas Rangers, 75 to a company. They were stationed in districts at strategic points over the state in order to be on hand when ranches were raided. The service was known as the Frontier Battalion. Rangers were given the status of peace officers, whereas before this date the service was a semi-military organization.

During this era, the Ranger Service held a place somewhere between that of an army and a police force. When a Ranger was going to meet an outside enemy, for example, the Indians or the Mexicans, he was very close to being a soldier; however, when he had to turn to the enemies within his own society - outlaws, train robbers, and highwaymen, he was a detective and policeman.

The Rangers were organized into companies, but not regiments or brigades. The company was in the charge of a captain or a lieutenant and sometimes a sergeant. The headquarters was in Austin where the captains reported to the headquarters officer. Under the Republic of Texas this officer was the Secretary of War. Under the state, until 1935, he was the Adjutant General; since then, the Director of the Texas Department of Public Safety.

The Rangers' duties were not curbed by city or county boundaries, but included the whole state. Generally, the Ranger was called in where a case was considered too great a task for a local agency.

The later years of the 19th Century saw the Rangers involved in "detective" work, necessitated by a new group of violators known as fence cutters, and isolated cases of horse and cattle theft.

The Frontier Battalion was abolished in 1901. As the frontier disappeared, Ranger activities were redirected towards law enforcement among the citizens. The Ranger Service was reorganized under a new law. Each Ranger was considered an officer and was given the right to perform all duties exercised by any other peace officer. There were to be four companies of 20 men each, commanded by Captains John R. Hughes, J. H. Rogers, J. A. Brooks, and W. H. "Bill" McDonald. They were stationed either in far West Texas or along the Mexican border. The activities of the new service were similar to those of the Frontier Battalion after 1880.

Four events - the Mexican Revolution, World War I, oil booms, and prohibition - made demands on the Texas Rangers, which they could not meet. The Mexican Revolution filled the Mexican border with raiders; the World War brought with it spies, conspirators, and saboteurs; oil booms made West Texas a gathering place for gamblers and murderers; and prohibition filled it with smugglers and bootleggers. In January 1919, there was a cutback in the service to four companies of not more than 15 men. The Texas Rangers had served officially for more than a hundred years under the Governor, the Secretary of State, and the Adjutant General of Texas.

On August 10, 1935, when the Texas Legislature created the Texas Department of Public Safety, the Texas Rangers and the Texas Highway Patrol became members of this agency, with statewide law enforcement jurisdiction. The true modern-day Ranger came into being on September 1, 1935.

The Texas Rangers are the oldest law enforcement organization on the North American continent with statewide jurisdiction.

This information from the Texas DPS.