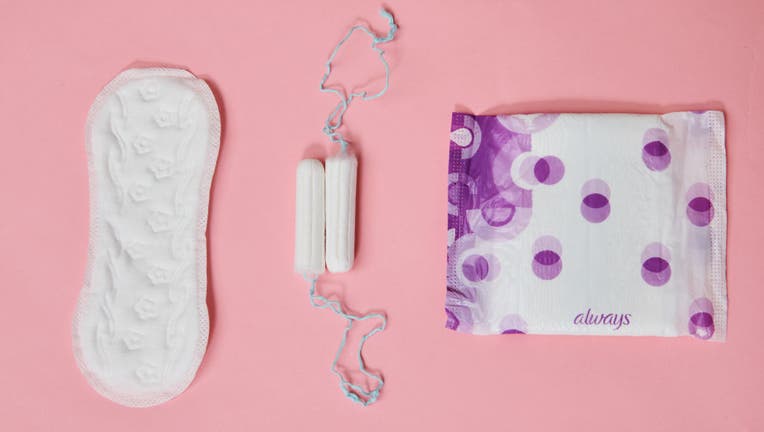 Tampons, a panty liner and a sanitary napkin from different manufacturers are on one table. Photo: Annette Riedl/dpa (Photo by Annette Riedl/picture alliance via Getty Images)

"As chair of Senate Finance, I am proud to make this effort one of my priorities," Huffman said. "Every woman knows that these products are not optional. They are essential to our health and well-being and should be tax exempt."

Currently, 24 states exempt products like tampons and pads from being passed.

Proposals to remove the tax on menstrual products have been introduced by Democrats in the Texas legislature every year since 2017. Each time the bills have failed.

The Texas Comptroller's officer estimated that the sales tax on feminine hygiene products would generate about $28.6 million annually over the next two years.

"Texas can absorb this lost revenue easily, but for countless Texas women, this will mean significant savings in their personal budgets over time," Hegar said. "This is a small amount of money relative to the overall revenue outlook for Texas."

Hegar's campaign opponent Janet Dudding has also called for the repeal of the so-called "tampon tax".

The next regular session of the Texas legislature is scheduled to begin on Jan. 10, 2023.