THREE RIVERS, Texas - A pair of drug felons rang in the Fourth of July early Sunday by busting out of a federal prison in Texas.

Inmates Arturo Campos-Zamora and Christopher Salazar were discovered missing from a satellite camp adjacent to FCI Three Rivers in Three Rivers, Texas just before 2:30 a.m., according to the Federal Bureau of Prisons.

Both men were sentenced in the Western District of Texas and were serving time for conspiracy with intent to distribute methamphetamine: Campos-Zamora for two and a half years; Salazar for two years. 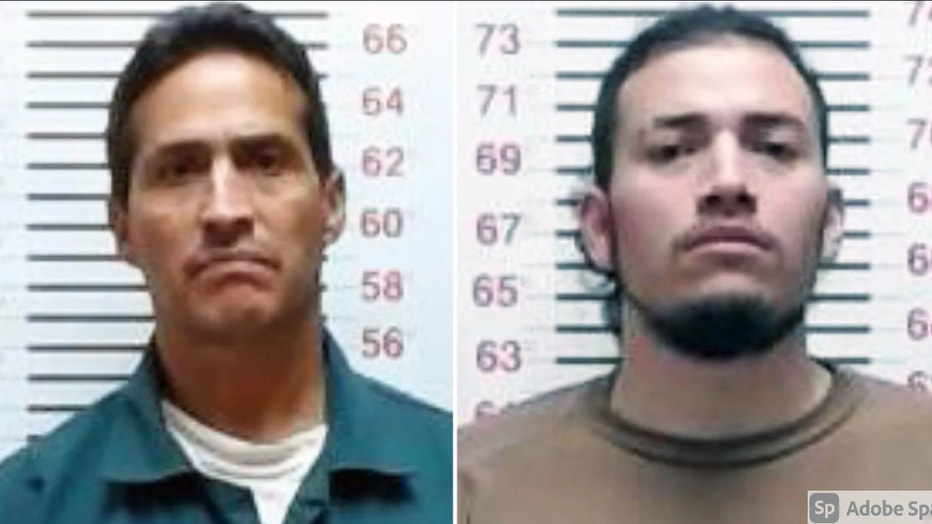 Arturo Campos-Zamora, left, and Christopher Salazar. (US Department of Justice)

FCI Three Rivers houses 176 male offenders. The satellite camp from which Campos-Zamora and Salazar escaped is a minimum-security facility.

Fox News has reached out to the Federal Bureau of Prisons seeking more information on the suspects.

Anyone with information on the escapees is urged to contact the United States Marshals Service at 361-888-3154.

___
MORE HEADLINES:
Texas parents seek help from lawmakers for child with autism suffering worsening health conditions
Woman on tractor arrested after joining Rockwall 4th of July parade without permission, evading police
"Everything is on the table": Democrats mull options for special session, including another walkout