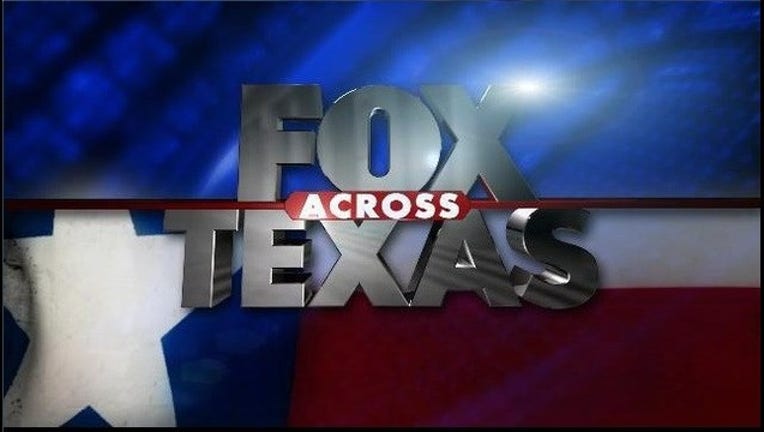 ARLINGTON, Texas (AP) - More than 1,000 people have attended the funeral of a college football player who was shot and killed by a North Texas police officer answering a burglary call at a car dealership.

Taylor was unarmed when shot August 7th by an Arlington police officer responding to an after-hours burglary call. Security footage of the dealership lot shows Taylor busting out a car windshield, then driving his vehicle into the showroom.

Taylor was shot while inside the business.

The officer was fired Tuesday.

BOERNE, Texas (AP) - A Central Texas police officer has fatally shot an armed man during a disturbance call at an apartment complex.

Police in Boerne (BER'-nee) say the shooting happened Friday night. The officer has been placed on administrative leave.

Boerne police say two officers responded to two 911 disturbance calls at the complex. A person who summoned police said one of the suspects had a gun.

Police say the arriving officers confronted several subjects. Authorities say one man ignored a police order to turn around, and when he did he pointed a weapon toward an officer and refused commands to drop the gun.

The officer opened fire. The suspect died at the scene.

Names of the officer and the suspect weren't immediately released.

The Dallas Morning News reported Saturday that most of the costs, more than $600,000, were paid by Dallas County. The figures came from documents obtained by the newspaper under the state's open records laws.

The newspaper reports the biggest single local cost was $257,000 incurred by Dallas County for decontamination of areas visited by Duncan.

The city of Dallas paid more than $160,000 in direct costs, including the expense of hazardous response teams and supplies.

AUSTIN, Texas (AP) - More than 20 adults have been removed from a 1,400 square-foot-house in Austin where investigators say an illegal group home was operating without air conditioning.

Emergency medical personnel say several of the 22 adults were transported to a hospital Friday afternoon, to be checked, as temperatures reached near triple-digits.

Investigators believe the operator a few days ago moved the people from a similar home in Belton, about 60 miles north of Austin, which also was shut down by regulators amid poor living conditions.

Texas Department of Aging and Disabilities Services spokeswoman Cecilia Cavuto says the home is believed to be operated by a woman barred from running assisted living facilities in Texas.

Cavuto said her agency and others were working to find new housing.

Names of the residents weren't released.

ALICE, Texas (AP) - Two jailers in South Texas have resigned after an inmate mistakenly was released two years before he should have been freed.

The 25-year-old Miser was mistakenly released from the jail in Alice on July 20th. He was sentenced in early June to about five weeks in custody for evading arrest, possession of a controlled substance and escape.

The erroneous release was discovered August 3rd. Valadez says a corrections officer failed to submit paperwork that would have retained Miser for Aransas (uh-RAN'-suhs) County, where he must serve two years in an unrelated case.

Hired gunman who wounded Texas woman gets 60 years in prison

DENTON, Texas (AP) - A convicted gunman has been sentenced to 60 years in prison for shooting a North Texas woman in the face after being hired by her husband to kill her.

Jurors in Denton on Thursday convicted Lorence of aggravated assault with a deadly weapon for the 2012 wounding of Nancy Howard. She was shot while at her Carrollton home and lost her left eye.

Her then-husband, John Franklin Howard, was convicted of attempted capital murder and sentenced to life in prison. Prosecutors say the victim's spouse wanted her dead so that he could be with his mistress.

Nancy Howard divorced her husband after the shooting.

Motorcyclist dies in fall from elevated I-45 in Dallas

DALLAS (AP) - Dallas police say a motorcyclist has been killed when he fell from atop an elevated section of Interstate 45 while trying to avoid an accident.

Police say the rider was trying to avoid an accident when he lost control of his motorcycle and fell off I-45 onto traffic below on Live Oak Street.

Police did not immediately say how far the victim fell or details on why he apparently swerved his bike. His name wasn't immediately released.

GEORGETOWN, Texas (AP) - A Central Texas prosecutor has begun serving 10 days in jail for contempt of court for violating a gag order in a 2009 murder case.

Williamson County jail records show District Attorney Jana Duty was being held Saturday. An attorney for Duty originally said the jail sentence and $500 fine would be appealed, but the prosecutor surrendered Friday at the jail in Georgetown.

A judge on August 6th cited Duty for violating a gag order in the case of Crispin Harmel. He's accused of strangling Jessica Kalaher.

The gag order blocked lawyers involved with the case from speaking with the media. Duty has said she contacted a reporter to deny allegations that she withheld evidence.

Duty, who was booked then freed on bond, gets credit for time served.

VAN, Texas (AP) - Students in a tornado-damaged East Texas town are preparing to return to school with donated books and portable classrooms.

Some businesses are coming to the education rescue of children in Van, about 70 miles southeast of Dallas.

Two people were killed and more than 40 hurt when a tornado slammed the Van Zandt County town on May 10th. The twister heavily damaged Van's elementary and intermediate schools, along with an administrative building.

Backpacks with school supplies are being donated by the Kids In Need Foundation. The items will presented during a back-to-school celebration Thursday night. Classes resume Aug. 24 in the Van Independent School District.

SAN ANTONIO (AP) - A fourth case of chronic wasting disease has been confirmed in deer in South Texas.

The San Antonio Express-News reported Friday that the latest infected deer was raised in Medina County at the same ranch as the other three animals. That's prompted an increase in testing of both captive-bred and hunter-harvested deer.

New rules that take effect August 24th establish conditions that must be met before breeders, most of whom have been banned from shipping deer since July, can sell or transport deer in advance of hunting season. The season starts in October.

CWD affects the brains and nervous systems of animals and isn't considered a threat to human health.

Texas is limiting release of captive-raised deer to properties enclosed by high fencing to protect against spreading the disease.

The Galveston County Daily News reported Saturday that the five-member crew targeted deep pockets in the Gulf of Mexico.

The National Oceanic and Atmospheric Administration has asked for public input about proposed expansion of the Flower Garden. The sanctuary protects three separate areas with coral reefs about 115 miles off the coast.