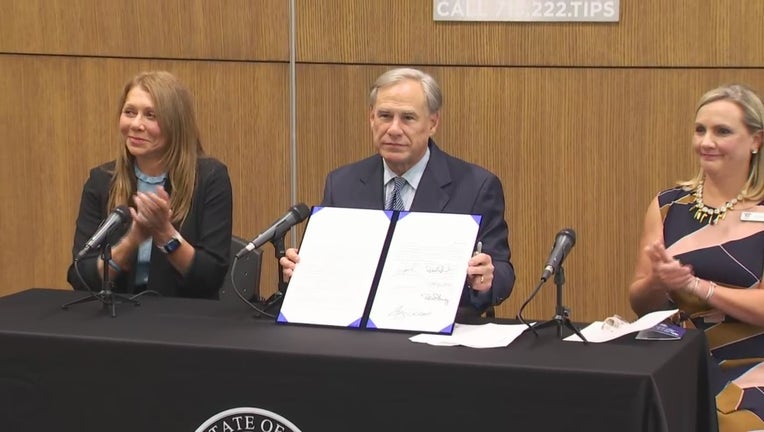 Senator Joan Huffman and Crime Stoppers of Houston Deputy Director Nichole Christoph joined the governor for the ceremonial signing of SB 768 in Houston.

Under this law, the following punishments for manufacture or delivery will apply:

- For 4-200 grams of fentanyl: a minimum of ten years in prison or a maximum of life in prison

- For an amount over 400 grams: minimum sentence of 20 years

According to the United States Drug Enforcement Administration, fentanyl is a synthetic opioid that is 80-100 times stronger than morphine.

Fentanyl was developed to treat intense pain from ailments like cancer but has increasingly been sold illicitly and mixed with other drugs.