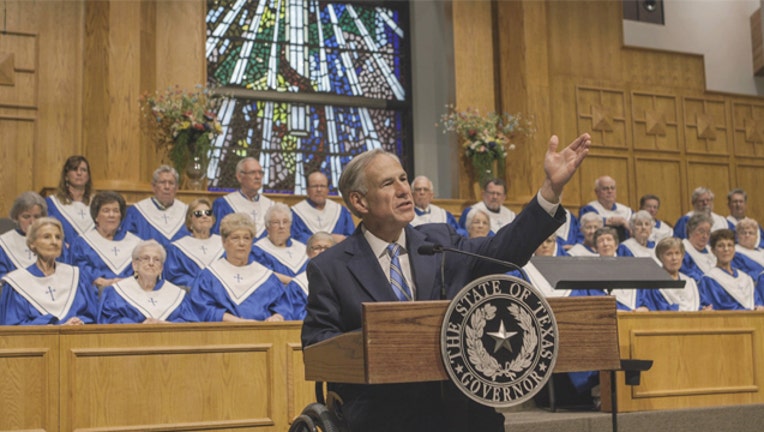 "One thing Hurricane Harvey could not destroy was the spirit of Texans, and that is truly inspiring. Thanks to the city of Rockport for their resiliency, selflessness, and inspiring perseverance." Texas Governor Greg Abbott on Twitter

ROCKPORT, Texas (AP) - Texas Gov. Greg Abbott says Hurricane Harvey did not destroy the spirit of the residents living in the Gulf Coast city where the storm made landfall last year.

Abbott spoke Sunday during a church service in Rockport that marked the anniversary.

First Baptist Church, where Abbott spoke, had been severely damaged.

The Republican governor told the congregation that "one thing Harvey could not destroy, however, was the spirit of this community, and that is truly inspiring."

Harvey killed 68 people and caused an estimated $125 billion in damage in Texas.