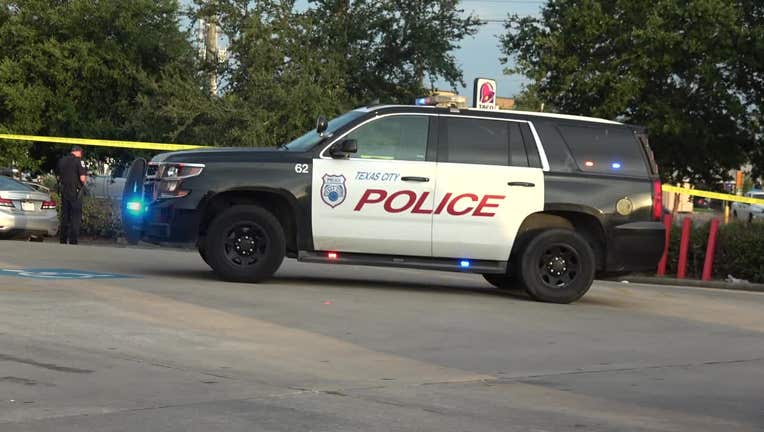 The Texas City Police Department at the scene where an officer was injured on Monday night.

TEXAS CITY, Texas - Authorities say a police officer who responded to a crash in Texas City was injured during a struggle with a man he was trying to take into custody.

The incident occurred around 6:35 p.m. Monday at Palmer Highway and 35th Street.

Police say the officer went to the crash scene and discovered that one of the people involved had warrants for his arrest. The officer attempted to take him into custody for the warrants.

According to police, the man resisted, and during the struggle to get free, the man and the officer fell.

Authorities say the officer landed against a wrecked vehicle, causing a deep laceration to his right forearm.

Officials say backup officers who arrived on the scene used a tourniquet to stop the officer’s bleeding. The officer was taken to the hospital for treatment and observation. Officials say his injuries were not life-threatening.

An additional charge of assault on a peace officer, with a bond of $80,000, was also filed against Perez. He was transported to the Galveston County Jail.