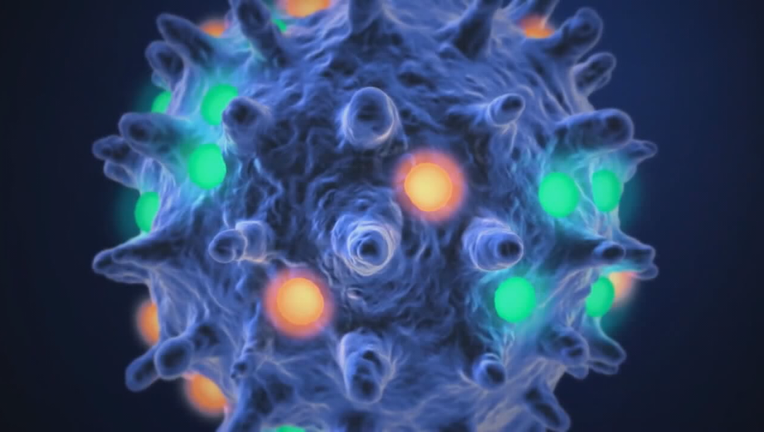 Texas A&M researchers have found a new coronavirus variant, called BV-1 for the surrounding Brazos Valley area, though there are still many unknowns, according to a university release posted Monday.

The variant was detected in a saliva sample from just one student who had "mild cold-like" symptoms through the school's testing program, the university said, but given genetic similarities in the strain to other variants that have shown to reduce neutralization power from antibody treatments, the researchers wanted to share the news globally. The variant is "related" to the U.K. B.1.1.7 variant, which according to the Centers for Disease Control and Prevention (CDC) is now the "most common lineage circulating in the U.S."

"We do not at present know the full significance of this variant, but it has a combination of mutations similar to other internationally notifiable variants of concern," said Ben Neuman, chief virologist at the Texas A&M University Global Health Research Complex, in the university release. "This variant combines genetic markers separately associated with rapid spread, severe disease and high resistance to neutralizing antibodies."

The student’s sample was positive on March 5, and a second sample on March 25 came back positive again, which researchers suggest indicates a longer-lasting infection among young adults. A third sample on April 9 was negative, and the student's symptoms had resolved.

The student lives off-campus but is involved in on-campus organizations, according to the university. Neuman said Texas A&M will closely monitor for cases "given its potentially concerning genetic make-up" by sequencing samples from asymptomatic students too, to spot variants before they progress to severe illness.

"Sequencing helps to provide an early warning system for new variants," Neuman said in the release. "Though we may not yet understand the full significance of BV-1, the variant highlights an ongoing need for rigorous surveillance and genomic testing, including among young adults with no symptoms or only mild symptoms."

The researchers submitted their findings to the CDC.