Miami detectives are investigating reports of an attempted abduction that occurred just before 9 p.m. Wednesday.

The Miami Police Department (MPD) released surveillance video footage of the attempted kidnapping on the 2200 block of Southwest 24th Street that appears to show a man running up to a woman, who was walking while on her phone, from behind.

While it is unclear what happens next, the woman's screams can be heard in the video. The suspect releases her at that point and runs in the direction from which he came.

Concerned neighbors appear to respond to the screams and can be heard asking the woman what happened. 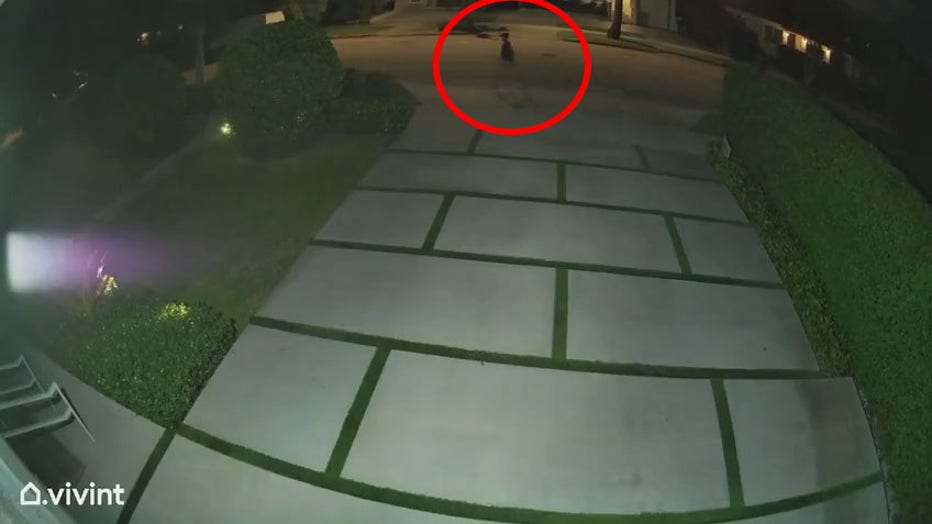 A screenshot from a video shared by authorities in Miami, Florida, shows the suspect in an attempted abduction on Nov. 2, 2022. Credit: Provided / Miami Police Department

The victim, an adult female, told police that she had been walking home from a store at the time of the incident.

She believes she had encountered the suspect earlier at the store, and he followed her as she walked home, according to MPD.

The suspect is described as an adult Hispanic male standing between 5 ft. 6 in. and 5 ft. 7 in. with a medium build. He was wearing a dark hat, dark shirt, khaki pants and a disposable mask.

Miami authorities are asking anyone with information about the incident to contact 305-603-6370 or 305-579-6111. Tipsters can also send information anonymously to Miami Crime Stoppers.