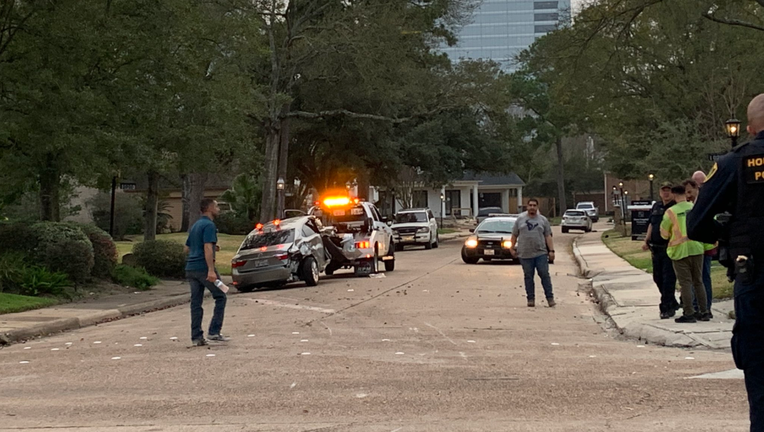 HOUSTON - Teens in a stolen vehicle crashed near Seagler Rd. and Briar Rose Dr. after hitting two vehicles as they fled police.

Houston police say the incident started on Beltway 8 and Briar Forest Dr. when five teens in a stolen vehicle saw a uniformed officer and sped away.

Police say the teens hit two to three vehicles during this incident.

Two suspects are in custody, according to police. Police also report one woman was transported to the hospital in serious condition. Another woman and her child were also injured, but not transported to a hospital.

According to police, all teens involved in this incident are younger than 15 years old.

The 14-year-old driver will be charged with aggravated assault and unauthorized use of a motor vehicle. One other teen is also facing charges.

Investigators say criminal charges, in this case, could be upgraded depending on the condition of the crash victims.