Atlanta Police are searching for the suspect who killed a high school senior days before his graduation. The teen was leaving a house party when tragedy struck, according to officials.

ATLANTA - Heartbreak for a Southwest Atlanta family whose graduating senior is shot and killed just days before the ceremony.

Zechariah Guyton's family said he was leaving a house party on Lanvile Drive early Sunday morning when someone opened fire on the porch.

Guyton and a second person were shot, but the Life Christian Academy senior did not survive.

SEE ALSO: Meet the Los Angeles toddler who is the youngest member of American Mensa with an IQ of 146

His aunt tells FOX 5 her family is in disbelief.

"He was set to graduate, as you know this Saturday and it is very ironic that we will be having his funeral on the same day as what would have been his graduation. It still doesn't feel real," Guyton's aunt Yneikia Toney told FOX 5 Atlanta's Aungelique Proctor.

His family says he had been through rough times, but overcame adversity and was determined to graduate high school. His mother made the painful decision to bury him in special attire.

"He will wear his cap and gown at the funeral in lieu of a traditional suit and tie. That is how he would want to be remembered because that was one of his life goals...to graduate," Toney said. 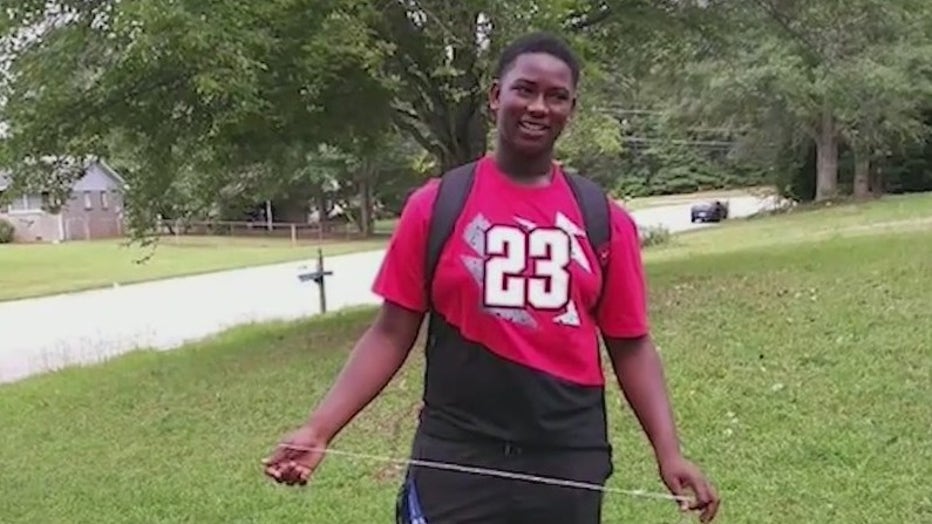 Kelvin Waters owns the school he attended and was one of his coaches.

"It hurts, especially for a kid who was about to go off to college to do something with his life. To have it shortened by a senseless crime. It shouldn't have happened. He had some offers from Allen University, Benedict, and Miles Colleges," Mr.  Waters commented.

Atlanta Police are investigating and have made no arrests in the case.

Guyton will be laid to rest Saturday at Westview cemetery.