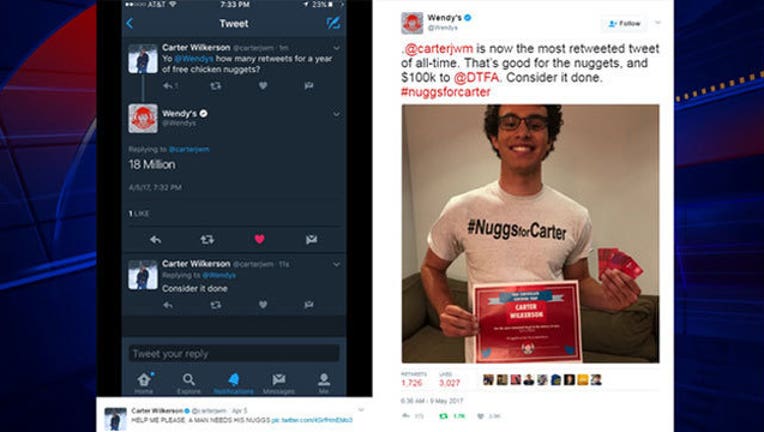 Not only has a teen's plea for Wendy's chicken nuggets come true, but he also broke a long-standing Twitter record.

Carter Wilkerson of Reno, Nevada took to Twitter on April 5 to ask Wendy's how many retweets it would take for a year's supply of free chicken nuggets.

Wendy's responded by saying he would need 18 million retweets for the nuggets, but the fast-food chain has made the teen's wish come true. Wendy's also announced they would donate $100,000 to charity.

Carter's tweet also broke a Twitter record of retweets, set by Ellen DeGeneres in 2014 when her selfie of several famous celebrities at the Oscars garnered over 3.4 million retweets. Carter's tweet broke Ellen's record on Tuesday.

Congrats, Carter! You got your nuggs!