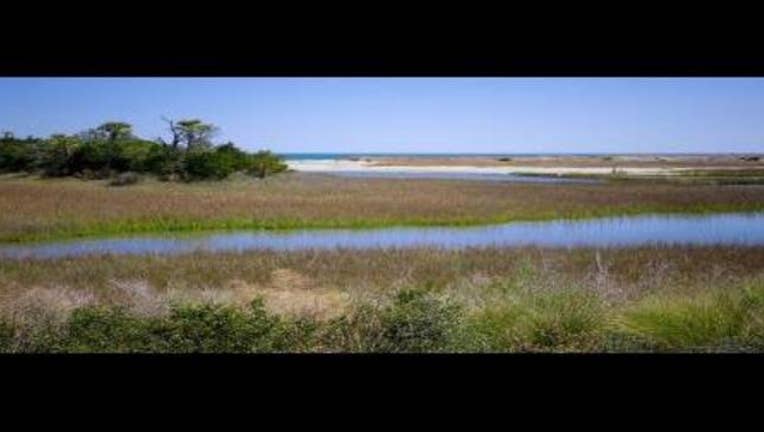 It just so happens that Trump's business holdings include a dozen golf courses in the United States, and critics say his executive order is par for the course: yet another unseemly conflict of interest that would result in a benefit to Trump properties if it goes through.

"This conflict is disturbing and his failure to completely step away from his business raises questions about his White House actions," said Scott Amey, general counsel for the Project on Government Oversight.

Trump's order targets a U.S. Environmental Protection Agency rule - released under former President Barack Obama in 2015 - that designates many smaller creeks and wetlands as protected under the Clean Water Act of 1972. Environmentalists, and some hunting and fishing groups, say keeping those humble waterways intact and clean is essential to the larger downstream waters they feed.

Golf course owners like Trump oppose the Obama rules, arguing that water features on golf courses would be covered and thus subjected to costly controls and possible fines for violating pollution limits. Among the 17 golf courses Trump owns around the world, three are in Florida. He also owns golf properties in Scotland, Ireland, California and North Carolina.

Bob Helland, a lobbyist for the Golf Course Superintendents Association of America, said there are more than 161,000 acres of streams, ponds and wetlands on golf courses around the nation that he argues would be covered under the Obama administration rule. He said the cost of dealing with that is the group's concern, and that he didn't think Trump's involvement was an issue.

"It's not about the Trump administration doing something to benefit themselves," Helland said. "We've been opposed to the rule from the start because we think every drainage area or pond would be subject to oversight."

The administration did not respond to requests for comment by The Associated Press for this story.

Trump's executive order is lifting the pro-business spirits of many, including builders, landowners, and farmers who opposed the Obama rule as too onerous. The American Farm Bureau contends the Obama rule would convert much of the nation's farmlands to wetlands in the eyes of the law, opening a door for more intrusion from regulators.

John Duarte, a fourth-generation California farmer involved in a legal battle over Clean Water Act violations on one of his farms, applauded Trump's decision to rescind the rule.

"I think the Trump directive is very promising, and hopefully points to a very broad redirection of the regulatory state and the Trump administration bringing it back to reality," Duarte said.

Trump's order to "rescind or revise" the rule could take years. The Obama rule is tied up in court and hasn't even taken effect yet, and legal experts say the Trump administration will have to draft its rule while seeking to have the myriad court challenges against the existing rule thrown out.

Despite the legally tangled future of the Trump order, critics came out swinging after the president signed it.

Richard W. Painter, a University of Minnesota law professor who served as President George W. Bush's chief White House lawyer on ethics, said if Trump were head of the EPA, the law would require him to sell his golf courses or recuse himself from participating in the rule making.

"So the boss is doing something that the head of the EPA cannot do. That's going to look terrible when the EPA backs off on that rule and people will ask if there was White House influence."