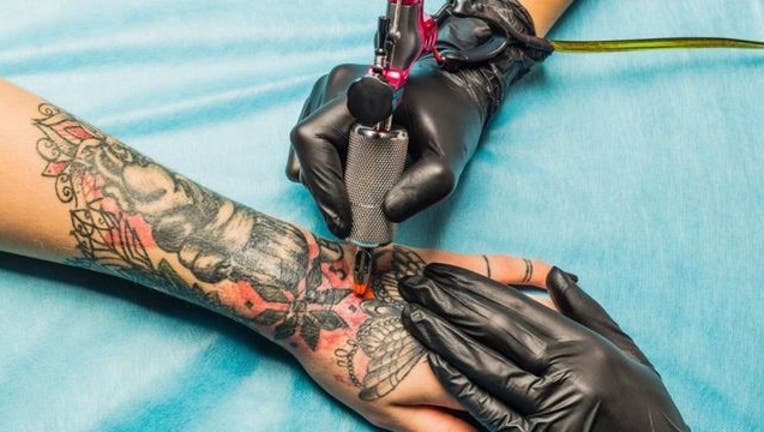 Close up tattoo artist demonstrates the process of getting black and red tattoo with orange paint. Master works on the professional blue mat in black sterile gloves. (ivan-river.com)

(FoxNews.com) - Getting inked may lead to long-term skin problems and an increased risk of cancer, according to a new report by the European Chemicals Agency (ECHA).

The regulatory agency is calling for the ban of the tattoo ink, The Sun reported. Risks included serious allergic reactions and painful itching that can last for years.

Researchers found red ink was the most dangerous, but they warned blue, green and black ink is also risky. According to The Sun, the ECHA’s report will likely lead in the ban of certain inks and chemicals in the European Union (EU).

“The most severe concerns are allergies caused by the substances in the inks and possible carcinogenic, mutagenic or reproductive toxic effects,” the ECHA said in the report.