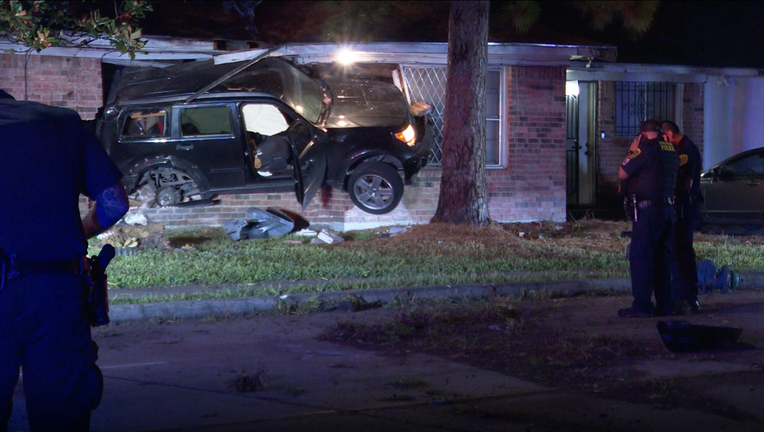 HOUSTON - A homeowner in Houston is dealing with heavy damage to their house this morning after a driver crashed his SUV into it while fleeing police.

Houston police say around 1:28 a.m. Monday officers witnessed a driver run a red light in the 4400 block of Holmes.

Police then pulled the driver over. As officers were walking up to the SUV, they noticed the driver fumbling around with a bottle they believed to be PCP.

Officers say they then ordered the driver to show his hands and exit the vehicle, but instead, the man drove off.

A short pursuit ensued, until the suspect lost control of his vehicle and crashed into a house on Yellowstone and La Salette.

Thankfully, no one was injured in the home.

The suspect, who was also uninjured, was taken into custody without further incident.

If the suspicious substance turns out to be PCP upon testing, the suspect faces Felony Possession of a Controlled Substance, along with evading officers.