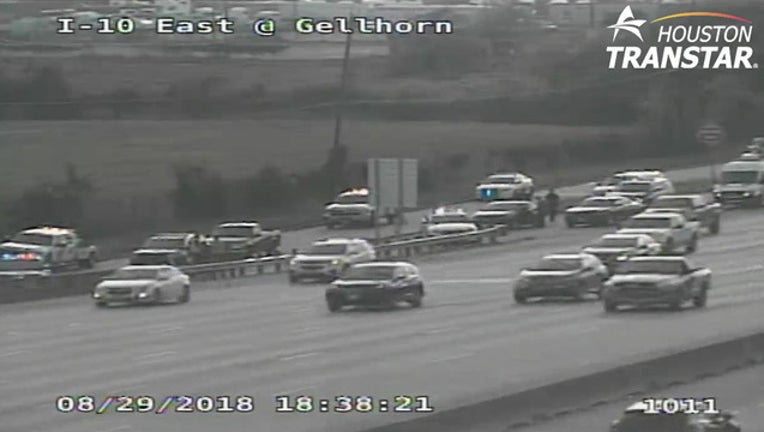 It happened around 5:47 p.m. on Gellhorn at East Freeway. According to HCSO, a possibly stolen vehicle was pulled over in a traffic stop.

The sheriff's office says the suspects tried to run over one of the DPS troopers, and deputies and troopers fired at the suspects.

One suspect is confirmed dead. No officers are injured.