Surgery rescheduled for HPD officer who was shot in Kingwood

The Houston Police Officer who was shot Monday at Kingwood Apartments is set to have a surgery on Wednesday. The bond for the man arrested in the shooting has been set at $200,000.

KINGWOOD - The Houston Police Officer who was shot Monday was supposed to have surgery on Tuesday but it's been rescheduled for Wednesday. While HPD Officer Sam Cleveland is recovering in the hospital, the man arrested for shooting him at the Kingwood Glen Apartments had his bond set at $200,000.

Well wishes are continuing for the injured officer.

"I keep praying for the police officer and his family and all the policemen here in Houston," says one Kingwood resident.

In the Kingwood apartments where Officer Cleveland was shot, residents say they can’t believe one of their neighbors, 26-year-old Michael Howard-Dale, is now charged with Aggravated Assault of a Public Servant.

"It's kind of crazy because Kingwood is supposed to be a good suburban, surrounding city in Houston. I wouldn’t expect anything to happen like that," says one resident.

The shooting happened just before 11:30 a.m. Monday. A resident in the complex called police saying her neighbor spit in her face as they argued over a parking spot. 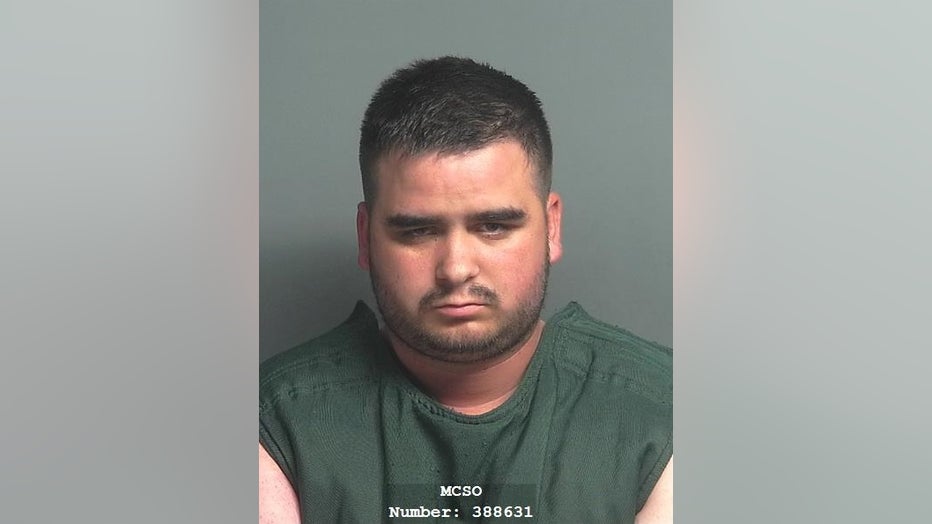 Two officers went to Howard-Dale's apartment and investigators say twice he refused to give them his identification. The officers tried to detain Howard-Dale and detectives say he first struggled with the officers then they say he opened fire, shooting Officer Cleveland twice in the left arm, and Cleveland's body armor stopped a third bullet from penetrating his abdomen.

"He’s a blessed man. The good Lord was looking after him," says Doug Griffith with the Houston Police Officer’s Union.

The second officer was able to wrestle the gun away and arrested Howard-Dale.

"Sometimes it’s hard to have a secondary officer on the scene for a simple report like that. We’re blessed we had that secondary officer there and he was able to take action very quickly and disarm this individual," says Griffith.

Officer Cleveland, who’s an 11-year veteran of the Houston Police Department, was also already on the list to be promoted to sergeant in the next couple months. He is said to be in good spirts.

Meantime, the man charged with shooting the officer is still behind bars on a $200,000 bond. Prosecutors say they didn't push for a higher bond because he did not have a significant criminal history.

Residents in the apartment complex say parking is often a problem because sometimes people park in Permit Only parking spots even without a permit. They say they never thought something so trivial would lead to gunfire.

Some who live in the complex say everyone is asking them did their neighbor really get this angry over a parking spot?

"Who knows. I just hope the officer gets better," one resident says has been his answer.