Officials say a series of crashes occurred overnight Sunday in Sugar Land, where among them, a police officer was hit while blocking traffic from a previous accident.

SUGAR LAND, Texas - Officials say a series of crashes occurred overnight Sunday in Sugar Land, where among them, a police officer was hit while blocking traffic from a previous accident.

RELATED: 4 people, including Houston officer, hit by car at scene of previous crashes

The first crash happened a little before 2 a.m. when an unidentified driver reportedly lost control over their vehicle on US 59 going southbound near Highway 90 and crashed into a wall before hitting debris. The driver was taken to a nearby location for a sobriety test while wreckers arrived to seize the vehicle.

During that time, authorities say an officer, later identified as Ruben Munoz, was inside his patrol vehicle with emergency lights on, blocking the HOV lane when he was hit from behind by a pickup truck. The officer was unconscious, according to investigators, so Emergency care and CPR was rendered.

Shortly afterward, a woman driving a jeep then rear-ended the pickup truck. The driver of the jeep and the officer were both airlifted to the Medical Center, while the pickup truck driver was taken to the hospital via ambulance with non-life-threatening injuries.

At last check, both Officer Munoz and the woman were in serious condition. The highway was shut down for several hours as a result of the crash. 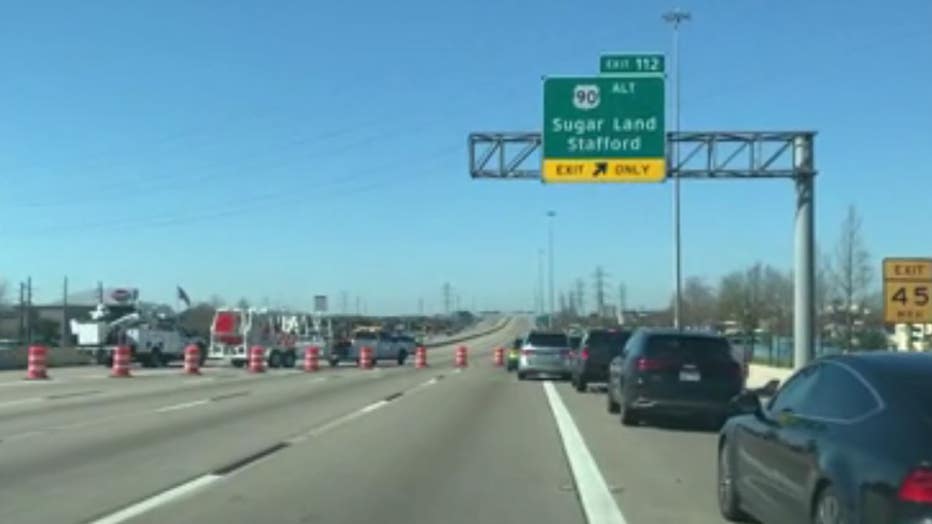