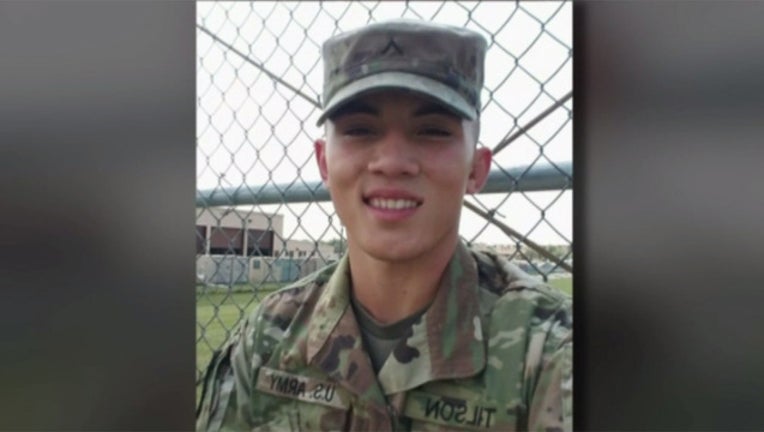 A generous stranger bought a ticket for an Illinois soldier who was waiting at a Texas airport hoping to catch a flight home on Memorial Day weekend. Keaton Tilson, 19, a U.S. Army mechanic stationed in Fort Hood, Texas, was given permission on Thursday to go home to Granite City, Ill., for the Memorial Day weekend.

Tilson had not been home since Christmas.  He went to Dallas-Fort Worth International Airport, bought a standby ticket and hoped to get a last-minute seat on a flight. The teenager waited at the airport for two days.

Another passenger named Josh Rainey heard about Tilson's problem and offered to give he ticket to the soldier but the airline said that was not allowed.

"Got discouraged ... apologized .... He thanked me and walked away and I called my wife, which I would do in a situation like that to ask for her advice and we agreed both that it was the right thing to do ... to go back and buy the ticket," Rainey said.

"I'm very appreciative because if it wasn't for him," Tilson said.  "I know I'm in uniform but at the same time I am a person just like he is and for him to do that not even knowing who I am was just ... it makes me so appreciative."

"I just shook hands at first and then he walked away and came back and asked if he could hug me.. and I think we both had to fight back the tears after that so it was pennies ... pennies on the dollar compared to what I got back from that hug. So all the thank-yous from all the friends and family members were really fantastic but that hug was the biggest payment I received .. it was really amazing," Rainey said.