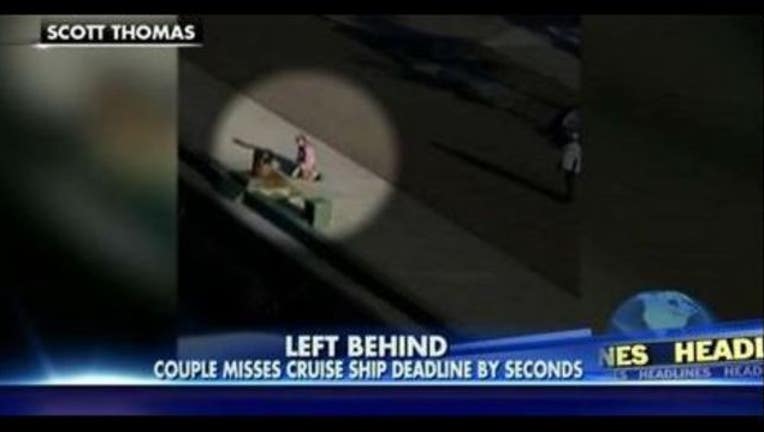 (FOX NEWS) - A distraught mother was left sobbing and pleading at a Nassau, Bahamas, pier as her cruise ship sailed off with her young children on board.

A YouTube video, taken from a deck of the Norwegian Breakaway, shows the mother and her husband pull up in a golf cart just as the ship is departing. The mother drops to her knees, waving desperately to capture the crew's attention.

"You see that right there? That is someone that has missed the boat," the man behind the video camera says. "And, apparently, she has her kids on the boat, and she’s not on there."

Norwegian Cruise Line said in a statement that the mother did not return to the ship by the "widely communicated scheduled all aboard time of 5:30 p.m."

“Norwegian Breakaway is currently sailing a 7-night Bahamas cruise from New York. During the ship’s call in Nassau on April 21, one female guest did not return to the vessel by the widely communicated scheduled all-aboard time of 5:30 pm. The onboard team located her husband and children on board but the family was not able to reach her, nor did they know when she would be returning.

“Due to the circumstances, the ship went beyond normal protocol and waited alongside an additional half an hour for the guest. When she had still not returned and following consultation with the family, it was decided that the husband would disembark with their travel documents to wait for his wife while the children would stay with their uncle and his family on the ship for the remainder of the voyage.”

Their statement added, “The company offered travel and lodging assistance to the couple and arrangements have been made for them to reunite with the ship at her next port.”