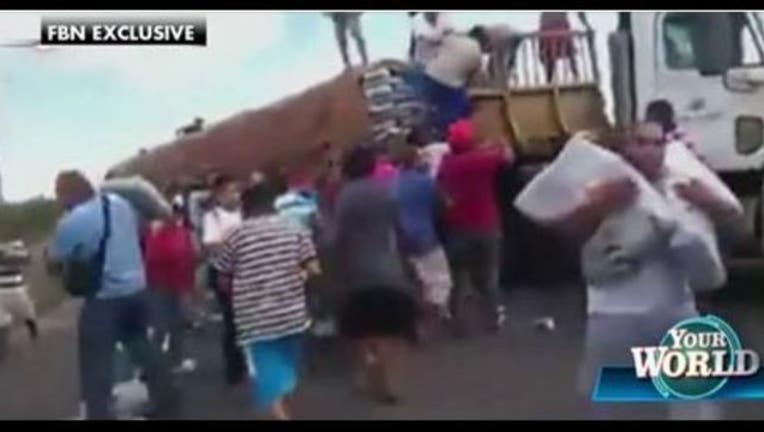 (FOX NEWS) - Video obtained by Fox Business shows how desperate a food shortage crisis under Venezuela's socialist government has gotten, with citizens looting grocery trucks and eating out of the trash.

Shortages of food and basic goods have worsened in Venezuela as its economy suffers under a global drop in oil prices and hyperinflation has set in.

Liz MacDonald said on Your World that people on the street told her they were starving and had no choice but to go through garbage.

With the looting of the grocery truck, MacDonald said regular drivers would stop and join in, while the National Guard stood by not doing anything.