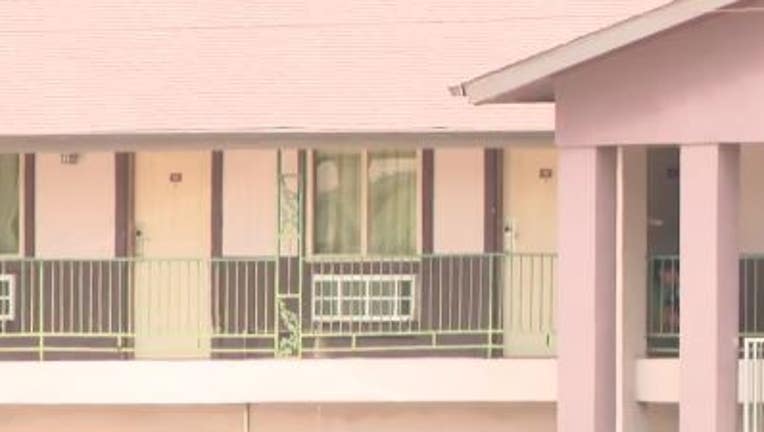 HOUSTON - Officials say a standoff with a barricaded man inside an east Houston motel with a child inside the room, ended peacefully.

The entire incident first began a little before 9:30 a.m. when officers got a call about Webster PD engaged in a chase with a man driving a stolen vehicle. The Harris County Sheriff's Office and Harris Co. Constables Pct. 3 assisted in the pursuit.

It's unclear how long the chase lasted, but it ended at the Modo Inn on Freeport St. near Cloverleaf. That's when investigators say the unidentified driver got out and ran inside a room at the motel, barricading himself there.

Officials later learned a 9-year-old girl was inside the room with the unidentified man. Meanwhile, officers detained a passenger inside the car, only identified as a woman, and tried to establish communication with the barricaded suspect to get him to come out.

While authorities waited for SWAT to arrive, the man reportedly got out of the motel and surrendered peacefully.

No injuries were reported and investigators were looking into the relationship between the man and the 9-year-old girl, but she is believed to be a family member of the detained woman in the passenger seat.