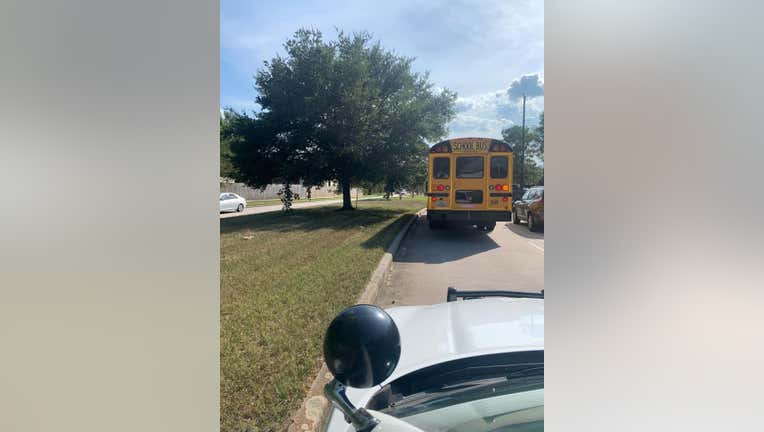 SPRING, Texas - A middle school student is in the hospital and a driver is in handcuffs after officials say the child was hit by a dirt bike Wednesday afternoon.

Details are limited as it's an active situation, however, Spring ISD officials confirmed an 8th-grade student at Twin Creeks Middle School was hit by an unidentified driver on a dirt bike during dismissal.

According to district officials, it happened at the 2400 block of Cypresswood and Lone Elm Dr. The district also confirmed the driver was taken into custody and will be facing charges but were not disclosed, as of this writing.

Meanwhile, the student was rushed to the hospital and Spring ISD police is working with Harris Co. Pct. 4 deputies in conducting the ongoing investigation.